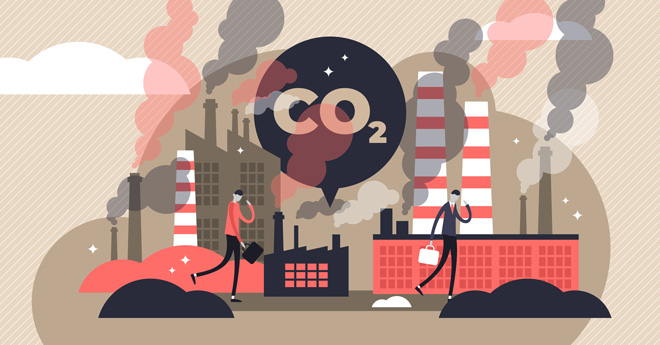 The data of the Mauna Loa Observatory in Hawaii showed that on Friday, carbon dioxide levels in the atmosphere exceeded 415 parts per million. “We didn’t recognize our planet,” meteorologist Eric Holtaus wrote on Twitter.

Carbon dioxide (CO2) concentrations soared higher than recorded levels over the past 800,000 years, according to the Scripps Institute of Oceanography at the University of California, San Diego, and the rates have not been as high for millions of years, Holthaus said.

“For the first time in the history of mankind, CO2 in the atmosphere of the planet mattered over 415 parts per million,” the scientist wrote on Twitter. “Not only in history, and not only since the invention of agriculture 10,000 years ago. Since modern people appeared millions of years ago. ”

800,000 years before the industrial revolution, CO2 levels did not exceed 300 ppm. Homo sapiens evolved about 300,000 years ago, and some of their predecessors about 2 million years ago.

CO2 is a greenhouse gas that, according to scientists, is most responsible for global climate change. When fossil fuels are burned, such as coal, oil and gas, they emit CO2 and other greenhouse gases.

There is a scientific opinion that human activity causes global warming. The increase in temperature can not be explained by natural factors, scientists believe. Over the past 20 years, the temperature in the world has risen by about two thirds of a degree Fahrenheit, according to the National Oceanic and Atmospheric Administration.

Using computer simulations along with paleoclimatic data, a study earlier this year reported that carbon dioxide has reached levels in our atmosphere that have not been observed for 3 million years.