Record heat of summer on an interactive map 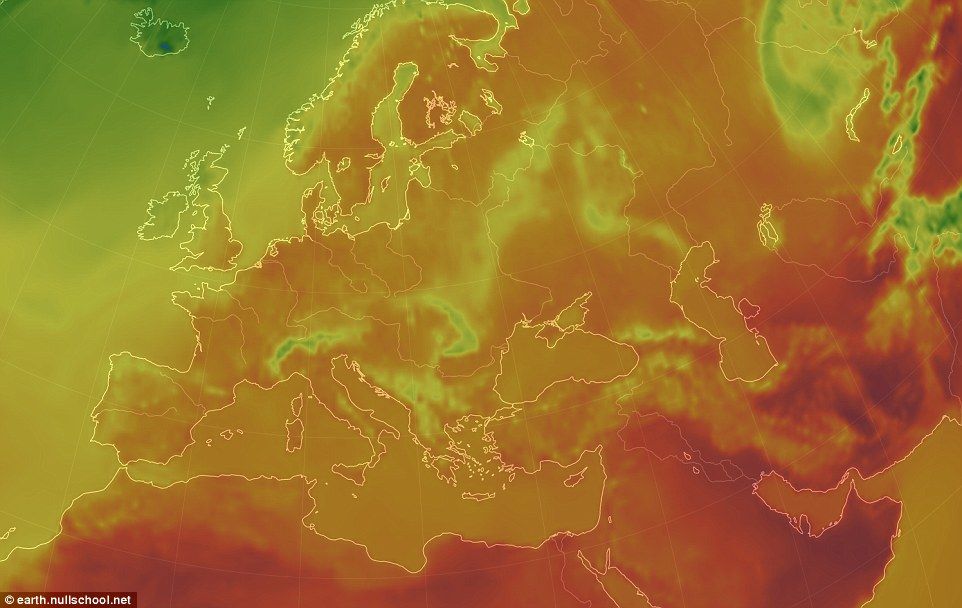 Meteorologists told about the reasons for the record high summer temperatures in the Northern Hemisphere.

In the summer of 2018, meteorologists recorded unusually high temperatures and drought in many regions of the Northern Hemisphere. According to experts, the reasons for such changes are high atmospheric pressure and the weakening of high-altitude jet streams. Based on the data of the Global Forecast System (GFS) and other meteorological sources, the programmer Cameron Beccario made a constantly updated interactive weather map on the planet.

Data for the map are provided by several of the world’s largest meteorological observing systems. The weather information collected by the Global Forecast System (GFS) is updated every three hours. New information on the temperature of the ocean surface and its deviations from the norm appear daily, they are provided by the Real Time Global Sea Surface Temperature (RTGSST) project of the National Oceanic and Atmospheric Administration of the USA. Also on the map you can see the movement of ocean waves and the spread of aerosols suspended in air. Beccario began working on the map a few years ago, and it is constantly supplemented by new sources of data.

According to the World Meteorological Organization (WMO), the summer of 2018 brought a lot of weather records, including the Arctic Circle: in Norway and Finland recorded a temperature above 33 ° C. In the UK, the first half of the summer was the driest in the history of observations. Unusual heat costs not only in Europe: in several cities in Japan the temperature has exceeded 40 ° C. More than 22,000 Japanese have already suffered from the effects of the sunstroke.

WMO experts explain: one of the reasons for the stable heat is the weakening of jet streams. These are narrow zones of strong winds in the upper troposphere, associated with the displacement of weather patterns. In 2018, this flow was extremely weak, so the weather “moves” more slowly than usual. Another reason is the anticyclone over the northern part of the Atlantic, blocking the movement of air masses. According to meteorologists, anthropogenic global warming can influence these processes. Whether this is so, new research will show.