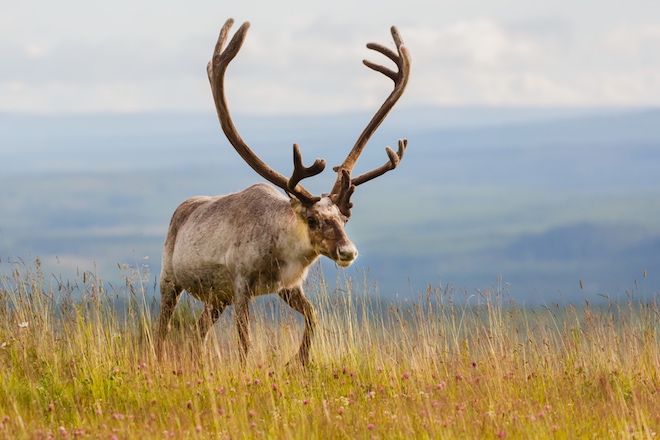 In Sweden, a study was conducted that showed what role the reindeer played in slowing climate change.

The article, published in the journal Environmental Research Letters, reports that the deer are eating shrubs in the Arctic tundra, increased reflectivity of the earth’s surface. That is, the solar radiation became less absorbed by the earth and more to be reflected back into space.

The amount of solar energy that the Earth reflects is called albedo. The snow and ice of high albedo, because they prevent the absorption of heat of the Sun, reflecting light and heat back into space. High bushes that cover the icy surface of the tundra, reduce the reflectivity of the Earth. And this, in turn, leads to the fact that a growing number of absorbing Earth energy, warming and melting of ice. It turns out that all this time the deer, especially in summer, effectively purified the soil, increasing the albedo of the entire landscape.

“Our theory is that due to the reindeer grazing reduces the height of the shrubs, the area of foliage cover, increasing albedo. The effect of herding may have great potential to increase the reflecting capacity of the earth and restoring the energy balance in the whole region”, — explained the author of the article, doctor of the Swedish University of Umeå mariska Bist.

Reindeer, known as caribou, can spread ourselves out on the 5 thousand kilometers during their migration to the Arctic. The scientists conducted their research in the area of Troms in the North of Norway during the summer. Using computer simulations of the earth’s surface, they determined that the more dense a group of deer have changed the landscape of the tundra vegetation, which contributed to a dramatic increase in albedo.

“Our results show that reindeer have a potentially chilling effect on climate through changes in the level of albedo in the summer. Despite the fact that these changes can be quite small, they are sufficient to have implications on the energy balance of the region,” added Dr. Beiste.

The study’s authors believe that their discovery emphasizes the importance of herbivorous mammals, particularly in areas beyond their immediate habitat. Managing deer can be an effective tool to fight global warming in the future.

Ironic that climate change is the major threat to reindeer, which grew into a big problem over the last few years. Warming leads to mass starvation. In addition, the melting of the eternal ice rescues on the freedom of a lot of deadly diseases and reduces the population of animals.