Remains of the mummy found in Egypt belong to Nefertari 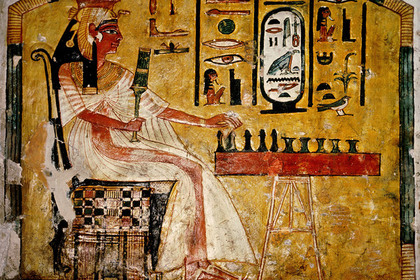 The mummified knees found in a tomb in the Egyptian Valley of Queens, most likely, are remains of the spouse of the Pharaoh Ramesses II Nefertari.

The international team of experts consisting of chemists who have analysed the medicines used for embalming, and specialists in determination of age of remains by a radio-carbon method researched remains. The received results have shown that knees belong to the woman of the high social status aged from 40 up to 50 years.

Egyptologists have found a tomb and the mummified knees inside in 1904, however before recent time couldn’t establish whether they belong to the first spouse of the Pharaoh Ramesses II. Researches have been complicated by a number of problems. In particular, tombs used several times, besides, repeatedly flooded graves, water washed away their contents. As a result in burial there could be a mummy at all not the one who on it is represented.

Nefertari has died about 1250 B.C. During lifetime she was not only is famous for the unusual beauty and was decoration of the vlastitelny spouse loving her, but also possessed the considerable power which preferred not to show.

In March, 2002 it was reported about stay in the delta of Nile, in 60 kilometers to the northeast of Cairo, about the city of Zagazig of a 3,5-meter granite bust. Archeologists have made the assumption that it could be the image of the wife or Ramesses II’s daughter.