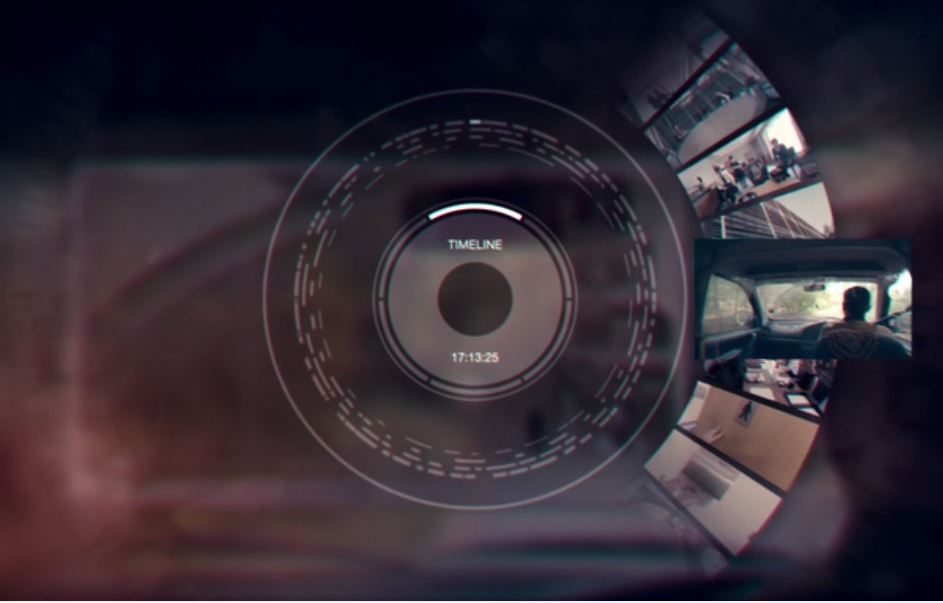 ospominaniya is one of the most amazing, stunning and at the same time, little studied, of the results of the neurophysiological mechanisms of our body. Because somehow the combination of tiny synapses in our brain and activation of neurons allows them to appear in our mind the images of those things that we remember. The sum of all our memories makes us who we are. They are us in every way. Without them we would cease to be who we are.

In one of the episodes of the British sci-Fi series “Black mirror” (who haven’t seen it, I highly recommend), telling about our possible future antiutopija, spoke of a tiny device that is implanted behind the ear of a person and gives him the opportunity not only to quickly remember some moment from the past, but “lose” this moment in his head in a surprisingly clear detail, like a movie screen before your eyes.

Theodore Berger, a biomedical engineer from the University of southern California, promises a level of possibility of returning to the memories (which is perhaps for the best), but for a long time working on a similar implant memory. The device is implanted directly into the brain, thanks to a special method of electrical stimulation of the brain is able to mimic functions of the hippocampus, allowing you to form memories. Tests of the first modifications of this device was conducted on laboratory mice and monkeys. According to the scientist, it’s time to start the test of the device on humans.

The device Berger is based on the theory of how the hippocampus transformerait short-term memories (for example, where you put your keys) in long-term memory (later you can remember where you put them). Their early experiments the scientist conducted in rabbits: first strummed them a certain sound, and then blew them in the face, causing the blink. He soon noted that after the tone sounds, the rabbit starts to blink even without the influence of the air flow. Berger decided to record the activity of the hippocampus in this moment with the help of EEG (connected to the rabbit’s head with electrodes that reads brain activity) and found that rabbits had learned to associate sounding sound with further exposure to air flow. Picture of the EEG scans showed that signals in the hippocampus at this moment the change is quite predictable.

“Through training the hippocampus is actively involved in the process of modifying the schema of the supplied pulses (signals)”, — says Gregory Clark, a former student of Berger and Professor of biomedical engineering at the University of Utah (USA).

Berger himself has given this scheme, the feed pulses are called “space-time code”. And this code is determined by which neurons in the brain, involved in signal transfer and when this transfer occurs.

“Transfer of space-time code through the different layers of the hippocampus over time, turns it into another space-time code. We don’t know why, but when this occurs, the resulting output the space-time code is what the rest of the brain is able to perceive as long-term memory,” explains Berger.

The outgoing code is a memory that the rest of the brain uses as read and understand the signal. In the case of rabbits makes them blink after they heard a certain sound. According to Berger, he was able to deduce a mathematical model that generally is the rule of conduct for the hippocampus used for converting short-term memories into long-term.

With this General rule in the hands he created for lab rats artificial hippocampus. First, he taught the rodents to perform a memory-oriented tasks. He taught rodents to click on one of the two nearby small levers, and then irritated their directional light. In a time when a trained rodent back to the assignment, Berger taught him to press the other lever opposite to that which the rat pressed initially. Thus was shown that rodent remember what was required of him.

Throughout time these workouts Berger and his colleagues recorded the distribution of signals passing through the hippocampus of rodents, and noted that the space-time codes correspond to memories about the task by clicking on the levers. The researchers collected information on incoming and outgoing of hippocampal circuits signals and on the basis of these data he developed a mathematical model that could predict the outbound space-time code corresponding originally input. Later, when Berger introduced into the body trained to press the levers, the rats a drug that blocks memory formation, he used his device for electrical stimulation of the brain with the scheme of the pulses corresponding to the originating space-time code predicted by its mathematical model. The experiment ended in complete success. Rats pressed the correct levers.

“Their brains are turned to the correct code as if this code was created by him. In this way we learned how to return memories to the brain,” says Berger.

Berger also tested the performance of the implant from rhesus monkeys, restoring their ability to reproduce memories of parts of the prefrontal cortex. This area is involved in Executive functions, for example, using memories to solve new, previously unseen tasks. In this context, the implant also has shown its effectiveness for improving the working memory of monkeys.

But can a similar implant to use on men and will it work?

“All these implants that interact directly with the brain, will have to face one fundamental problem,” says Dustin Tyler, a Professor of engineering at the University of Case Western Reserve.

“The brain has billions of neurons and trillions of interneuronal connections (synapses) that allow them to work together. So trying to find the technology that will be able to interact directly with so many neurons and combine them to work at a reasonably high level, is extremely challenging”.

If cochlear implants, simulating a set of sound frequencies by stimulating the auditory nerve through a couple of dozen electrodes, I can not end up being perfect to imitate the sound, then what to speak of this more complex system, such as memory. You have to understand that at the current level of methods and techniques using all of these electrodes, the scientists are still very far from the real possibility of modeling memories. However, this has not stopped new startup, the company Kernel to communicate with Berger to ask him to work, to make the head of its research Department and to Fund his research.

The original task that you set before them, the Kernel was the issue of implants Berger on the market as medical devices that can help people suffering from various memory problems. Currently, Berger is conducting clinical trials of its implant on volunteers and reports that patients show good results in tests for memory. However, ideally, according to Executive Director Brian Johnson Kernel, Kernel wants to design devices that are with simple and safe operation will be implanted in the human brain and improve intellectual abilities in such areas as attention, creativity and concentration.

Of course, a similar result will be a new field of activity for different regulatory authorities and the subject of many controversies and questions: are these medical device or consumer? And do we need to regulate their distribution? From the perspective of the health organizations such a device, if, in addition, they will possess the ability to diagnose or treat disease or to affect the structure and function of the body is likely to do will be construed as medical. However, subcutaneous implants capable of increasing the concentration of a person or his creative potential, will likely be able to avoid strict oversight by the regulatory authorities and will be treated as the same normal dietary supplements that stimulate the brain.

Johnson himself has not commented on what direction will work his company Kernel and what in the end the device it plans to produce. Most likely, everything will depend on the particular individual implant, its functions, scope and potential side effects. Of course, every medical device, every drug have their own side effects. Now we can only wait and hope that these side effects will have a positive side, and does not become the next inspiration for a new chilling episode of “Black mirror”.