Rescue from hunger on the Earth will be genetically modified algae 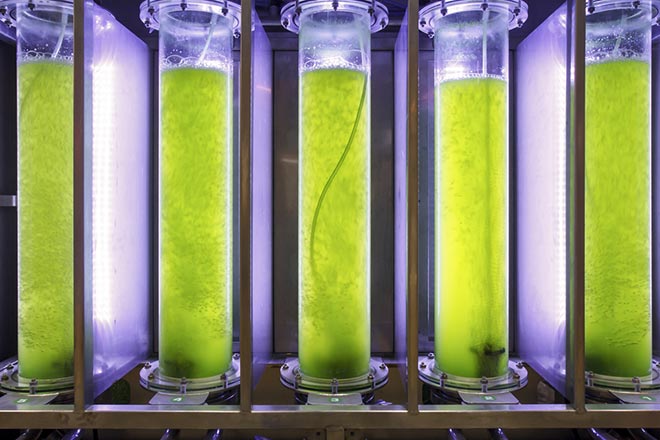 It is commonly believed that the “lungs” of the planet are trees and other terrestrial plants. But in fact, most of the oxygen produced by marine and freshwater algae. In addition, they convert carbon dioxide and solar energy into nutrients consumed by marine organisms.

According to scientists, algal biomass can help solve many earthly problems. For example, to provide mankind with food and nutrients, since already in this century there is a shortage of food due to population growth.

To this end, experts from the United States created transgenic “super-grades” of algae in the laboratory and recently conducted their first tests in vivo.

“Our colleagues in the field of agriculture have been using genetic engineering techniques for several decades to increase the fertility and vitality of crops. And we do the same, creating species of algae that have absorbed the best of all kinds of plankton, “says Stephen Mayfield of the University of California, San Diego.

The main concerns were related to how genetically modified algae will affect ecosystems: will they not crowd out their relatives who are less prolific and hardy. For the same reason, the authors of the study for a long time could not get permission from US environmental agencies to conduct tests in the field.

For its experiment, the team used freshwater chlorococcus Acutodesmus dimorphus. Scientists have introduced two modifications into the genome of organisms, due to which they began to produce more fat and glow green under the influence of ultraviolet, which simplifies the search for “escaped” cells.

When all the issues with the US Environmental Protection Agency were settled, the researchers decided to test how long these algae lived in nature, and released them “at will.” Transgenic organisms were placed in large tanks with water from wild lakes, in which plankton and microbes remained. The vats were placed under the open sky and began to watch how fast the algae would multiply and “run away” to neighboring water bodies by wind and other natural processes.

Genetically modified algae showed a high growth rate in nature, without interfering with the surrounding vegetation, and in most cases did not compete with other species of plankton. Scientists hope that now they will be able to conduct experiments more often, and as a result their work will help to defeat the famine on Earth.