Research: comet fragments are the cause of the extinction of dinosaurs 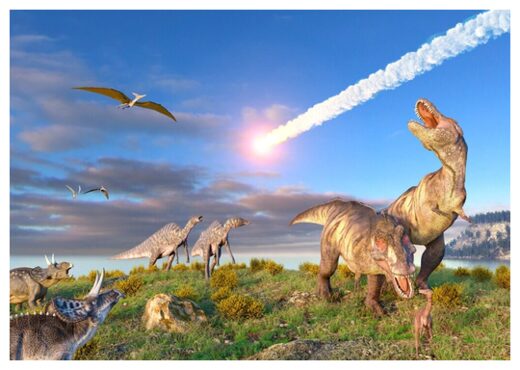 A new study blames a comet fragment for the death of dinosaurs 66 million years ago. But most experts claim that this catastrophic event caused an asteroid.

In one searing apocalyptic moment 66 million years ago, the Earth transformed from a lush haven into a nightmarish world with a fiery wound that sent soot into the sky. An extraterrestrial object that crashed into our planet turned out to be death for dinosaurs and countless other species, although its consequences opened new niches for our mammalian ancestors.

For decades, scientists have debated the identity of the asteroid that struck our planet that fateful day, leaving a 90-mile scar called Chicxulub Crater under what is now Mexico’s Yucatan Peninsula.

While the asteroid remains the leading candidate, a team at the Center for Astrophysics in Cambridge, Massachusetts suggested that an icy comet flying too close to the Sun could be the culprit.

When long-period comets from the outer reaches of the solar system approach the sun, they can be torn apart by the star’s immense tidal forces. The resulting debris could have been catapulted into Earth’s orbit, providing a “satisfactory explanation for the origin of the space object” that killed the dinosaurs, according to a study published Monday in Scientific Reports.

“To this day, the origin of the Chicxulub impact crater remains an open question,” said Amir Siraj, an astrophysics student at Harvard who led the study. His model, he says, explores “this particular population of comets” that could produce enough debris – the right size, the right speed, and the right trajectories – to threaten the Earth “in a way that is consistent with current observational limitations.”

For Mr. Siraj and his co-author, Harvard theoretical physicist Avi Loeb, the comet’s origin fills in some of the gaps in our understanding of this ancient cataclysm that caused the so-called KT extinction, marking the end of the Cretaceous and the beginning of the Tertiary.