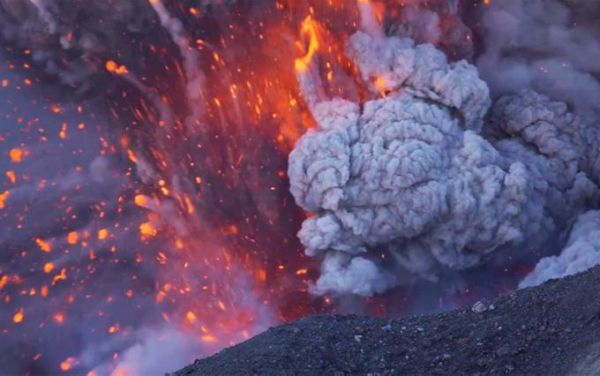 An international team of scientists has shown that 233 million years ago, Earth experienced a major mass extinction that marked the beginning of the era of the dinosaurs. It was triggered by volcanic eruptions in present-day Canada. The researchers presented their findings in an article published in the journal Science Advances.

“So far, paleontologists have identified five mass extinctions in the last 500 million years. Each of them had a profound impact on the evolution of life on Earth. We have identified another mass extinction that has played an important role in the renewal of life on land and in the oceans, laying the foundation for the modern ecosystem, ”said one of the researchers at the China University of Earth Sciences in Wuhan, Jacopo Dal Corso.

Every few tens of millions of years, the living nature of the Earth experiences powerful cataclysms called mass extinctions. The last such thing happened 65 million years ago, and as a result, dinosaurs disappeared from the face of the planet. Such events are extremely destructive and, thanks to this, are relatively easy to record, so today researchers do not often discover new mass extinctions. However, an international team of scientists managed to identify a new mass extinction. It happened 233 million years ago during the so-called Carnian Pluvial Event.

The extinction was apparently caused by massive volcanic eruptions in the west of present-day Canada. They poured out huge volumes of volcanic basalt, which formed most of the western coast of North America. The peak of the eruptions, according to scientists, fell on the Carnian Age (237-227 million years ago). They were so powerful that huge amounts of greenhouse gases such as CO2 were released into the atmosphere. Because of this, large-scale global warming began and the amount of precipitation increased significantly. This period of high humidity lasted for about a million years. The dramatic climate change has led to a severe decline in biodiversity in water and on land. However, soon in place of extinct animals and plants, new ones came, including some of the first turtles, crocodiles, lizards and mammals. Modern coral reefs and plankton groups have emerged in the ocean. In addition, the extinction of older species has allowed dinosaurs to dominate the planet.

“The new plants were probably not the best food for the surviving herbivorous reptiles. I discovered changes in flora and ecological disaster among herbivorous reptiles back in 1983 when I was doing my PhD. Today we know that the first dinosaurs appeared about 20 million years before the Carnian Pluvial Event, but before that they were few in number. It was this event that gave the dinosaurs a chance, ”said lead author of the study, professor at the School of Earth Sciences at the University of Bristol Mike Benton.