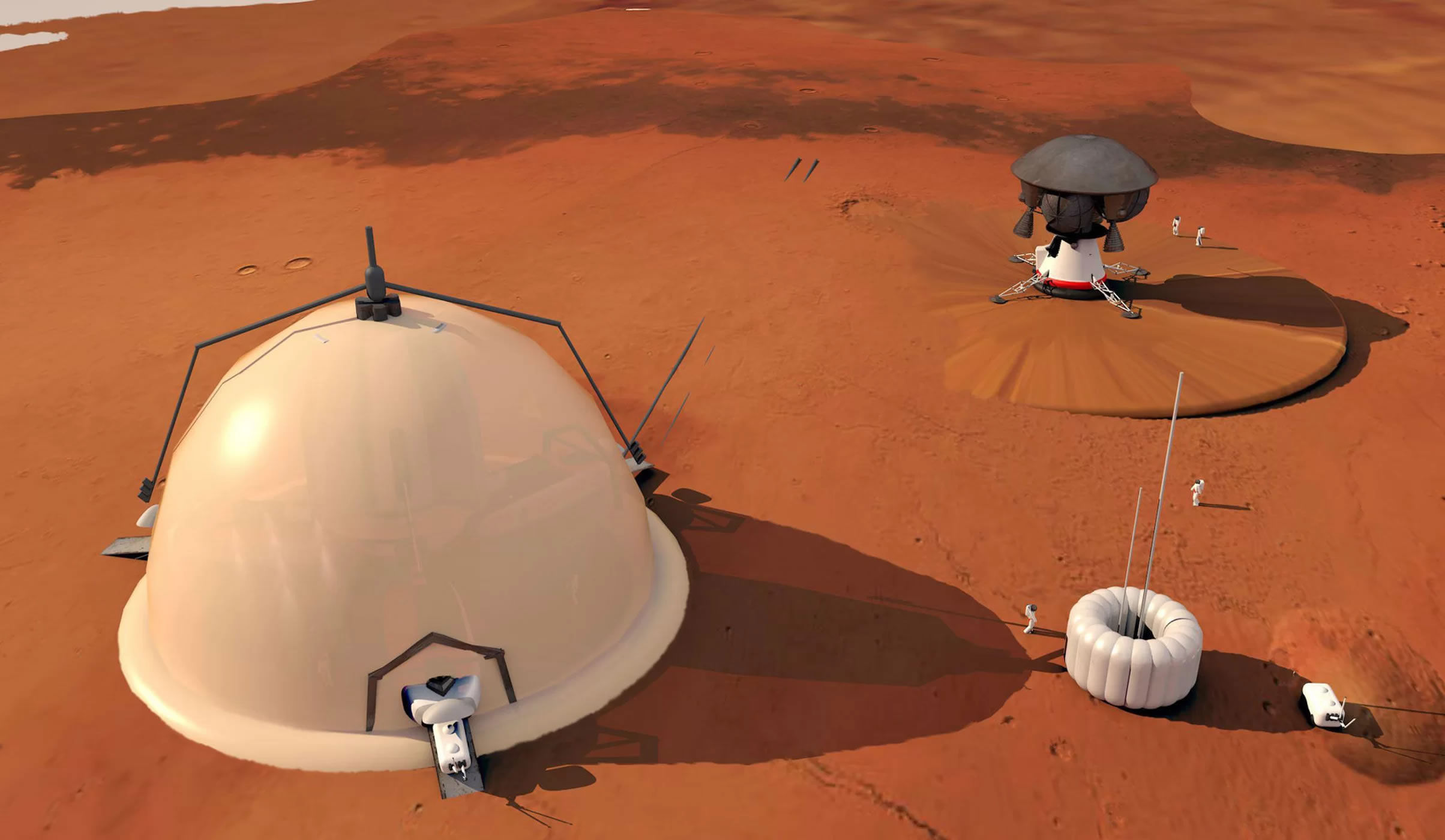 A new study suggests that future researchers of Mars will be able to live in a needle-like structure near the north pole of the planet. Here they can make the most of the sunny energy season.

Martian poles are known among scientists for their layered deposits of ice and dust, as well as the content of perchlorate. Perchlorate is commonly used as a propellant.

According to the new concept of “Mars-outpost”, which was presented by researchers at the Federal Polytechnic School of Switzerland in Lausanne (known for its French abbreviation EPFL), it is planned that initially the base will be used during the 288-day period. At this time, the north pole is constantly illuminated by sunlight.

The developer suggests making a dome of polyethylene fiber, and then covered with a layer of ice about 3 meters thick – by analogy with the needle.

Under the dome, it is planned to place a central space with a residential area and three capsules that would serve as air locks to the outside world. Since the dome will cover all these zones, it will also protect future Mars explorers from both radiation and micrometeorite impacts, and also maintain a constant internal atmospheric pressure and temperature.

“The poles can create big problems early in the settlement, but they will serve as a better place for a long time because they contain natural resources that we can use,” says lead author Anne-Marlene Rüede, a student in charge of space technology in the EPFL, the EFPL said in a statement.

“We wanted to develop a strategy based on future technologies so that in 20 years the astronauts could accomplish this space mission,” she added.