Residents of Spain were frightened by a “fiery sphere” 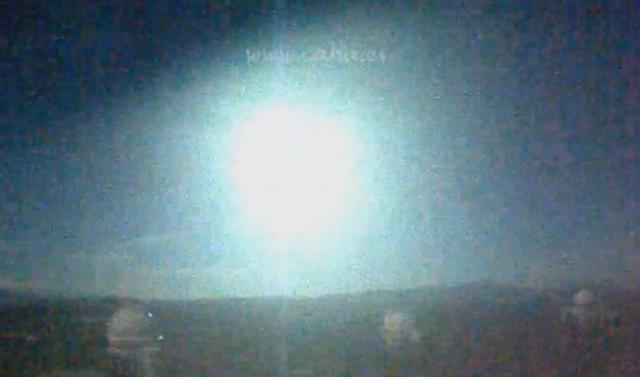 Residents of the Spanish provinces Granada and Haen became witnesses of falling of a meteorite. “The fiery sphere” has flown by over Andalusia approximately at 22:25 local time on Sunday. According to scientists, an object has been recorded by several earth-based stations.

As experts assume, the meteorite could fly with a speed about 72 thousand km/h. About any destructions on the earth it isn’t reported. Eyewitnesses tell about strong explosion during falling of an object. According to witnesses, in houses have begun to tremble glasses. In Network there were already videos on which the celestial body is recorded.