Return from clinical death after a near-death visions 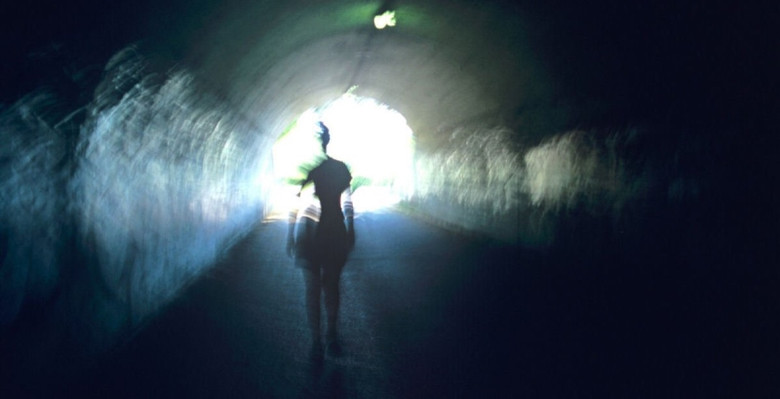 People who come back from a world split their consciousness — they saw and heard everything which happened around them at the time of their death, but could not get in contact with real people who were around them.

American soldier tells how he was in the hospital, where his leg was amputated and the gangrene, he was on the verge of life and death. Suddenly the soldier felt that his soul left the body. He was surprised, looked down and saw my body laying on the bed.

Deciding to see what was going on in the next room, he decides to go through the wall. But when he felt that he was actually seeping through the hard surface, he decided that since he can walk through walls, he can also return to his body and stay there. At this time, he saw around him of doctors who tried to bring him back to life. Finally, they succeeded.

Most people say that, despite the fact that they understand that they are dead, because they see their lifeless body and hear the disappointing conclusions of doctors, they are not afraid of death. To the contrary, all who have experienced clinical death, they say that they feel completely relaxed and even feel some joy that someday will inevitably happen. Upon return to the body they feel terrible discomfort and want to return to the light.

Obviously, all people survived the return back from a certain point of their near-death experience. At the time of return there is an interesting change in their attitude to what is happening. Almost all remember that in the first moments of their death, dominated by a mad desire to go back to the body and a sorrowful experience of his death.

However, when the deceased reaches certain stages of dying, he doesn’t want to go back, he even resists the return to her body. This is especially true for those cases in which there was a meeting with a luminous substance. How very pathetic in the words of one man: “I would never leave this creature”…

Exceptions to this generalization is quite common, but, apparently, does not change the merits of the case. Several women who had young children, told me that during their nde they also would prefer to stay where they were, but they felt obliged to go back to raise children.

“I thought — I’ll be here, but then I remembered about my children and husband. Now it’s tough for me to put this part of my experience. When I experienced these amazing feelings in the presence of light, I really didn’t want to go back. But I seriously think about their responsibility, about their responsibilities towards the family. So I decided to try to go back”.

In other cases, people were told that, despite the fact that they felt very good and relaxed in a completely new incorporeal state, and was even pleased with this condition, they still were happy to come back to physical life, since they realized that they have very important things that were not done.

In several cases it was the desire to complete their education.

“I finished the third year of College, and I had to finish my studies only one year. I thought, “I don’t want to die now.” But I felt that if this thing lasts for a few minutes and if I sit near that light a little more, I really stop to think about your education as I will begin to learn about other things and all my earthly cares, I will be quite indifferent.”

The answers collected from survivors of clinical death, provide a very diverse picture of how the return to the physical body, similarly different answer to the question of why this return has taken place.

Many simply say they don’t know how or why they returned, or that they can build certain assumptions. Very few say they felt that the decisive factor was their own decision to return to his physical body and earthly life.

“I was outside my physical body and felt like I had to make a decision. I understood that I cannot remain here so near my physical body — it’s very hard to explain to others, but for me then it was absolutely clear — I knew that must be something to decide either to move away or back.

On the other hand, it was all rather strange and I kind of still wanted to stay. It was absolutely amazing knowing that I have to do on earth ahead of. So I thought about it and decided: “Yes, I have to go back and live”, after which I returned to my physical body. I felt like my terrible weakness suddenly left me. Anyway, after this event, and began to recover.” 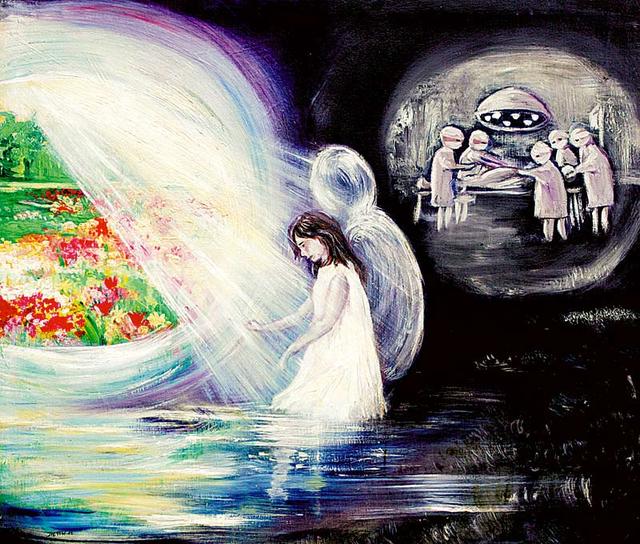 Others felt that they “got permission to life” from God or from a luminous being given to them or in response to their own desire to come back to life (usually because this desire was devoid of any self-interest), or because God, or the being of light, had given them the need to fulfill a certain mission.

“I was over the table and saw what people were doing around me. I knew die that this is happening to me now. I was very concerned about my children, thinking about who will now take care of them. So, I wasn’t ready to leave. The Lord allowed me to return to life.”

“The Lord sent me back, but I don’t know why. I undoubtedly felt His presence there, and I know He recognized me. And yet He wouldn’t let me go to heaven. Why, I don’t know. Since then, many times I thought about it and decided that it happened either because I have two small children who have to raise, or because I was not ready to go there. I’m still looking for the answer to this question, so I can’t get it out of my head”.

In several cases, people think that prayer or love of other people, their friends and relatives, you can return them back, regardless of their own desires.

“I was with my old aunt during her last illness, which was very heavy. I helped to care for her. Throughout her illness someone from the family members prayed for her recovery. Several times she stopped breathing, but we were getting her back. Once she looked at me and said, “Joan, I have to go, to go there as well. I want to stay there, but can’t you pray that I was with you. Please do not pray more for me.” We stopped, and she soon died.”

“The doctor said I died, but I was, in spite of this, alive. What I experienced was so happy, I never felt discomfort. When I returned and opened my eyes, my sisters and my husband were there. I saw their joy — their eyes were full of tears. I saw them crying with joy that I die. I felt back because I feel like something’s been drawing: this “something” was love for me sisters and husband. Since then I believe that other people can bring us back.”