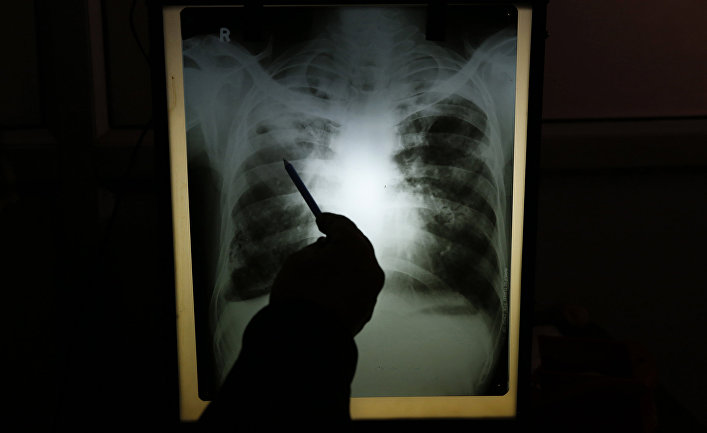 We live in the world where processes of fixed implementation of the innovative ideas are normal and don’t draw attention. We expect that the inexhaustible flow of new and best things will accelerate growth of development and prosperity. But so was not always. From the very beginning of history approximately till the 19th century all were farmers on the verge of survival, all were poor, and growth of the income of the average inhabitant was equal to zero. The innovative economy is more likely an exception in the history of mankind. And the way to this exception was laid by fight against infectious diseases.

Innovations arise when a large number of people gather in close proximity from each other and tells each other about the ideas and inspirations. Innovations require personal contacts and social communications. Dependence of innovations on density of social interaction can be described precisely in the simple equations — the same that show how infectious diseases extend.

As well as innovations, some diseases determine development of the whole societies and cultures, establishing opportunities and restrictions. The disease not just inflicts suffering, it can destroy innovations, civilizations and even the whole types.

Shan’t surprise us that control of infectious diseases played an important role in development of our constantly updated world. Before emergence of such control necessary concentration of minds involved spread of diseases that struck at innovative development.

The population of the largest cities of the educated world in 1800 constituted only several hundreds of thousands of people. Inhabitants died quicker, than new citizens were born, and even such modest indicators of the population remained only thanks to fixed inflow of migrants from the rural zone.

Among all diseases devastating the growing cities tuberculosis was the worst. “Devastation” — it is still softly told: every tenth died. A quarter of all death in the cities of Europe and North America at the beginning of the 19th century fell to the share of tuberculosis. 80% which caught perished. Like today’s AIDS, pernicious impact of tuberculosis was caused by the fact that young people — the most dynamic, productive and advanced members of society became the victims generally. Because of tuberculosis in many the georgianskikh and the Victorian novels arises a subject of orphans and orphanages.

The Golden Age of public health care approximately from 1860 to 1960 is in many respects crossed with the Golden Age of innovations, and it isn’t casual. Clear water, food and vaccines made the cities with big population density suitable for life that gave an impetus to development of innovations and creativity to unprecedented level. Sharp depression of child mortality saved women from need to much travail and nurse children during infinite medical crises. Desire of women to get an education and to participate in public life became the answer. Before in the history of mankind such wasn’t.

The share of death from tuberculosis, as well as from other infectious diseases, strongly decreased. In England and Wales the number of victims of infections between 1860 and 1950 dropped almost by 90%, in other industrialized countries the statistics was similar. And this depression preceded the moment when antibiotics became public. It can be explained with confidence with measures in the field of public health care, first of all availability pure water and food, and also development of vaccines. We know how to prevent spread of infectious diseases, and this thought is consolatory in the world where antibiotics begin to lose the invulnerability.

But in this good story there is one reservation: we don’t know why tuberculosis receded. Partly it can be bound to pasteurization of milk through which the bull form of tuberculosis extended. Tuberculosis isn’t transmitted through food so cleansing of slaughterhouses and development of cooling systems didn’t exert impact. Unlike yellow fever or a malaria, tuberculosis isn’t transferred by insects so drainage of swamps couldn’t stop it. Water purification prevents the diarrheal diseases which claimed the lives of a great number of children, however doesn’t prevent spread of the tuberculosis which is transmitted from the person to the person. Vaccines stopped such illnesses murderers as diphtheria and smallpox, but the tuberculosis inoculation isn’t too effective.

Historians of medicine made also other assumptions. After the German doctor Robert Koch in 1882 established the infectious nature of tuberculosis, began to frame insulators and sanatoria to interrupt a chain of transfer of illness. But such attempts were inconsistent and single, and many scientists doubt that they played more than minimum role in fight against tuberculosis. As death rate from this illness long time was very high, also the assumption was made that depression of a case rate was influenced by mechanisms of natural selection and formation of congenital immunity. This hypothesis is spoken well by a series of proofs.

The British doctor and the historian of medicine Thomas McKeown was skeptical about such explanation. In the 1960th and 1970th it published a series of works in which objected that tuberculosis in principle, or perhaps and completely — social illness which reacted not to measures in the field of medicine and health care, and to improvement of living conditions of people. McKeown specified that depression of a case rate tuberculosis began earlier, than other infectious diseases, and rate of this depression closely intertwined with measures in favor of body height of social wellbeing, and not with introduction of various methods of protection of public health and new medical interventions at all. Despite vocational training, McKeown became some kind of nihilist from medicine claiming that medical measures are senseless, and the funds allocated for scientific research and development of the British national health service should be spent better for food and housing for the poor.

In Makkeon’s thesis there is an intuitive appeal. In the rich countries tuberculosis almost disappeared and it is considered illness of the poor. But the subsequent researches based on more complex analysis of demographic and economic data didn’t confirm Makkeon’s statements, and now his theses are considered as substantially disproved. However no other explanations got broad support.

In the late forties it seemed that emergence of antibiotics for treatment of tuberculosis does all these reasonings irrelevant and uninteresting to nobody, except historians of medicine. For the first time tuberculosis it was possible to treat by means of a steptomitsin, Isoniazidum, Rifampinum. The chain of a transmission of infection could be broken without placement of patients to isolation centers. There was no more need to solve a complex problem of providing poor people worldwide a worthy delivery and housing. Antibiotics were cheap and effective. If they could be given to each patient, the tubercular threat to human health and a civilization would remain in the past, and probably forever.

Thus, emergence of the tuberculosis steady against antibiotics became the special danger not similar to threat from so-called superbacteria and much more serious. The majority of multiple and refractory bacteria differ in the reduced virulence — ability to extend and cause illness in an organism owner.

They seldom strike for the rest healthy people. For the majority of pathogens — a metitsillinrezistentny golden staphilococcus, a karbapenemrezistentny enterokokk, a vankomitsinrezistentny enterokokk, beta lactamelements of an expanded range — risk factor of serious infections and death are advanced age, hospitalization, immunosupression and recent reception of antibiotics. They attack old and sick, but not young and healthy.

Tuberculosis with multiple medicinal fastness not such is, acquisition of such sign doesn’t do a disease of less infectious. Age of most of the diseased — from 25 to 45 years, that is they are in the blossoming of forces. Major factors of risk — antituberculous therapy in the past and the status of the refugee. Tuberculosis with multiple medicinal fastness will respond to treatment, but it difficult, expensive and often noneffective. In 2015 half a million people got sick with such tuberculosis, and only a quarter from them received adequate treatment and recover.

The majority of organisms in process of distribution become less virulent, but isn’t excluded that tuberculosis with multiple medicinal fastness is even more infectious in places with dense population. If this is true, then we have larger problems. We have no reliable plan of “B” for a case of flash of virulent strains with medicinal fastness. It is impossible to isolate millions of patients. Improvement of sanitary conditions won’t help as illness extends from the person to the person at tussis, sneezing and even in a conversation. Perhaps natural selection also made us less acquisitive to infections, than our ancestors, but it is only hope, but not the plan.

At some point tuberculosis can shake our progressive innovative society.

Interaction of “producers” to which we trust management of our economy will promote spread of the killing, difficult giving in to treatment diseases. People of young age will most strongly suffer, the disease will early tear off their lives and pits from what our public structures will undergo to huge deformations. Our economic system with its close interrelations managed to lower poverty to the minimum historical level, but it will begin to collapse, creating a cycle of positive feedback and causing even more diseases and failures.

Of course, maybe, nothing from this will occur. But we will consider the worst scenario: new strains of tuberculosis in combination with climatic caused crop failures will lead to mass migration. Uncontrollable epidemic which will put an end to modern economy can result. We are more vulnerable, than we think: white death can return.

Drew Smith is a molecular biologist from Colorado University in Bouldere. Was the scientist and the director of research projects in several biotechnical and medical companies, one of which developed methods of diagnosis of infectious diseases.