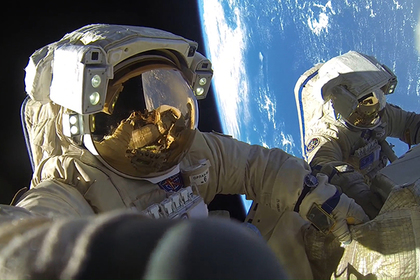 An international team of scientists found that prolonged exposure to microgravity affects the brain, and the recovery period can last about a year. This was reported in a press release on EurekAlert !.

Experts conducted a survey of 10 astronauts who conducted on board the International Space Station (ISS) for an average of 189 days. The participants in the experiment underwent magnetic resonance imaging prior to the flight to the ISS, immediately after returning to Earth and seven months after the completion of the mission.

It turned out that in the returned astronauts the volume of gray matter, consisting of the bodies of neurons, decreased from the moment of the first scan. After seven months, this figure did not have time to become the same. In addition, during prolonged exposure to microgravity, the content of cerebrospinal fluid in the ventricles of the brain, as well as in the subarachnoid space, increased. This influx reduces the amount of white matter (consists of axon bundles), which is observed even months after returning from the ISS.

Scientists emphasize that at the moment it is not clear whether these changes affect the cognitive abilities of the crew of the ISS. However, it is known that with a long stay in weightlessness, visual acuity decreases. This may be due to an increase in pressure exerted by the cerebrospinal fluid on the retina and optic nerve.