Revealed the cause of the mass extinction of ancient people 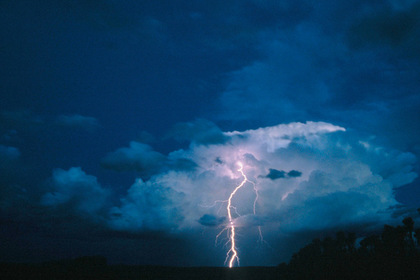 Scientists at University College London found that 8.6 thousand years ago, the population living in South America, began to decline sharply due to unpredictable rainfall. It is reported by the publication Science News.

The researchers analyzed the sediments related to 1.4 thousand South American archaeological sites, and conducted 5.4 thousand radiocarbon dating. They estimated changes in the amount of precipitation, and also determined fluctuations in the population level from 12 thousand to two thousand years ago according to the number of monuments built during a certain period of time.

According to the results, the strongest fluctuations in precipitation and a significant decrease in the number of ancient people occurred in the northern, tropical regions of South America. About 8.2 thousand years ago, people left many previously inhabited territories, while unpredictable weather conditions could cause a transition from gathering and hunting to a settled way of life.

Over a period of 2.6 thousand years, periods of extremely dry and wet conditions that have a negative impact on food sources began to occur every five years. People could not predict when droughts or heavy rainfall would occur. However, six thousand years ago, groups of hunter-gatherers returned to the previously abandoned territories when the rains stabilized.