Revealed the nature of the mysterious object in the constellation Ophiuchus 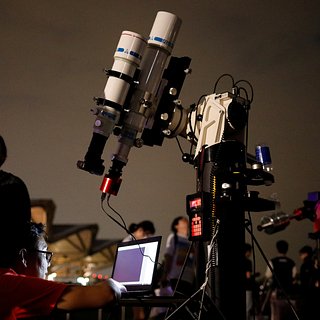 Astronomers at Queen’s University in Kingston (Canada) found out the nature of the mysterious source of radiation VLA 1623 West, which turned out to be a protostellar disk. The results of the study are published in the arXiv.org preprint.

Protostellar disks are accretion disks around newborn stars, continuously delivering gas to the protostars from the environment. VLA 1623 is one of the youngest protostellar systems, located in the Rho Ophiuchi cloud complex, about 453 light-years from Earth in the constellation Ophiuchus. It consists of approximately four separate objects: VLA 1623Aa and VLA 1623Ab, associated with another companion VLA 1623B, and VLA 1623 West. The nature of VLA 1623 West has been unclear until now.

New models predict that VLA 1623W is an optically thick and expanding protostellar disk. Further analysis showed that the object is a young, strongly inclined disk, in which large dust particles have not yet had time to settle in the central plane. Astronomers who made observations with the ALMA radio telescope also recorded individual sources of radiation in the disk at wavelengths of 0.87 and 1.3 millimeters. It is assumed that these sources are associated with flares in areas where millimeter dust particles accumulate, and these flares are limited to the outer regions of the disk.

Further millimeter-wave observations of VLA 1623W are needed to confirm that the disk is flaring, according to the paper’s authors. If the arguments are confirmed, VLA 1623W will become a natural laboratory for studying dust settling, as well as the properties of dust grains in protoplanetary disks.