Revealed the secret vents of the volcano Etna 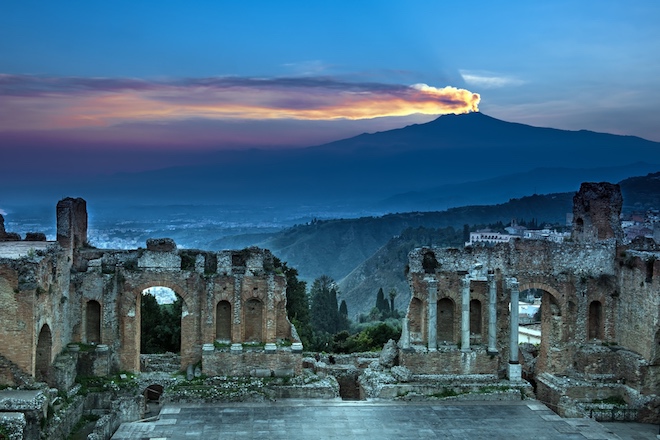 Scientists have been watching the Etna stratovolcano, located on the east coast of Italian Sicily, since ancient times. However, until now, the cause of the constant “migrations” of his vent from place to place remained a mystery.

Valerio Acochella from the University of Rome, together with his colleagues, managed to uncover this phenomenon by studying the history and traces of the last several volcanic eruptions in 2007.

Since 1971, the main crater of Etna has been southeast. But during the November eruption, which ended the period of volcanic activity in 2007, the magma came to the surface in another place, shifting to the southeast. In 2011, a new vent was finally formed, located a few meters from the former crater. 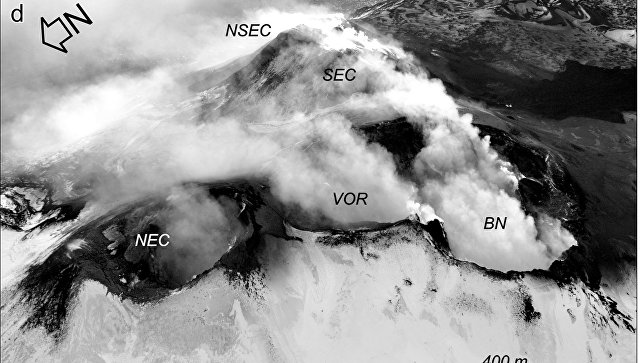 To find out why the crater “moves”, Akochella and his team conducted a geological excavation and turned to GPS satellite data. The collected material allowed scientists to draw up a map reflecting the density and other properties of the rocks around these vents. The resulting map showed that the rocks of the northwestern slope of Etna are characterized by instability and are likely to “fail” deeper and deeper into the bowels of the Earth under the influence of the periodic activity of the volcano.

According to geologists, this process can be directly related to the fact that since the second half of the 20th century, the eruptions of Etna have become noticeably more frequent. In addition, the current position of the vent means more powerful and frequent eruptions compared to the past. As it moves further, they will only increase. Maps created by scientists can help predict future changes to the volcano and assess its danger to the inhabitants of Italy.