Reveals the secret of longevity of giant turtles 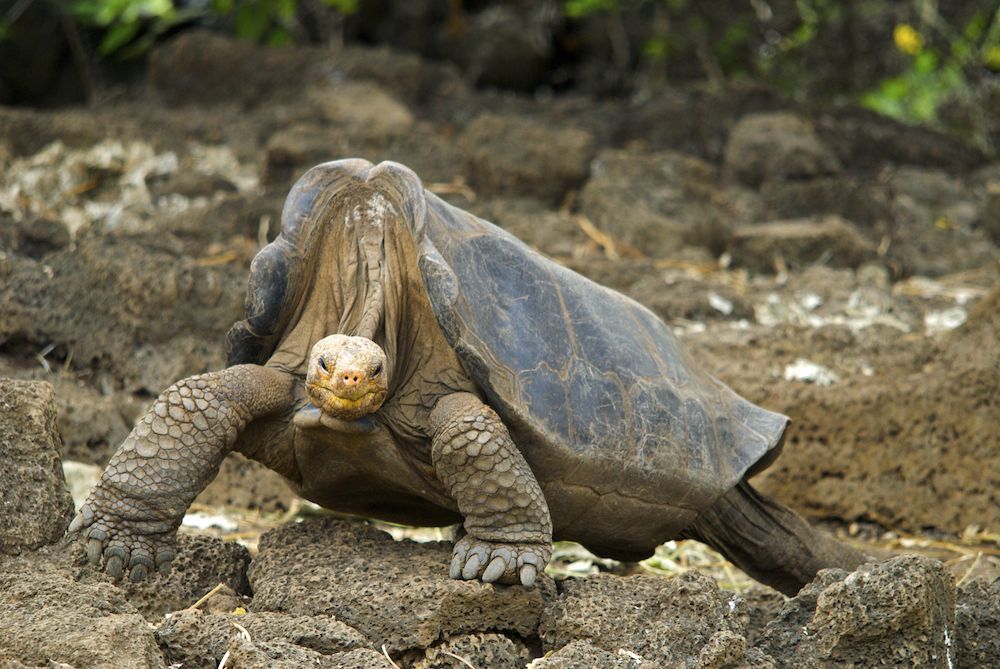 In the DNA of Lonesome George and other giant turtles found genes associated with the suppression of the growth of cancer cells and increased activity of the immune system.

An international team of geneticists from five countries led by Carlos López-Otin (Carlos López-Otín) from the Spanish University of Oviedo analyzed the genomes of giant turtles. They identified those genes that, in their opinion, allow these animals to live up to 200 years. The work was published in the journal Nature Ecology & Evolution.

Lonely George is a subspecific male of the Abingdon elephant turtles (Chelonoidis abingdonii), who lived in the Galapagos Islands before they were exterminated 150 years ago. In the 19th century, whalers and fur dealers used these turtles as food, because they could go without food and water in the hold for a long time. Because of this treatment, the subspecies population was constantly declining until only Lonely George remained alive. Researchers found him in 1972 on Pinta Island. He was transported to a Charles Darwin research station in the Galapagos Islands and tried to get offspring from him, but to no avail. In 2012, Lonely George died, leaving only genetic material to scientists.

In addition to the Abingdon elephant turtles, there are other subspecies, such as the Seychelles giant tortoise (Aldabrachelys gigantea). Its representatives live on the island of Aldabra in the Indian Ocean, their number is estimated at 150 thousand individuals. The authors of the work sequenced the genome of both subspecies and compared them with the genetic material of reptiles, fish, mice and humans, in order to determine the DNA segments that play a key role in the longevity of turtles.

First, scientists found that the common ancestor of the Abingdon elephant and Seychelles giant tortoises lived about 40 million years ago. With man, the connection of this species was divided 312 million years ago. According to the researchers, such large periods of time only help in finding common patterns among the genes of various subspecies. 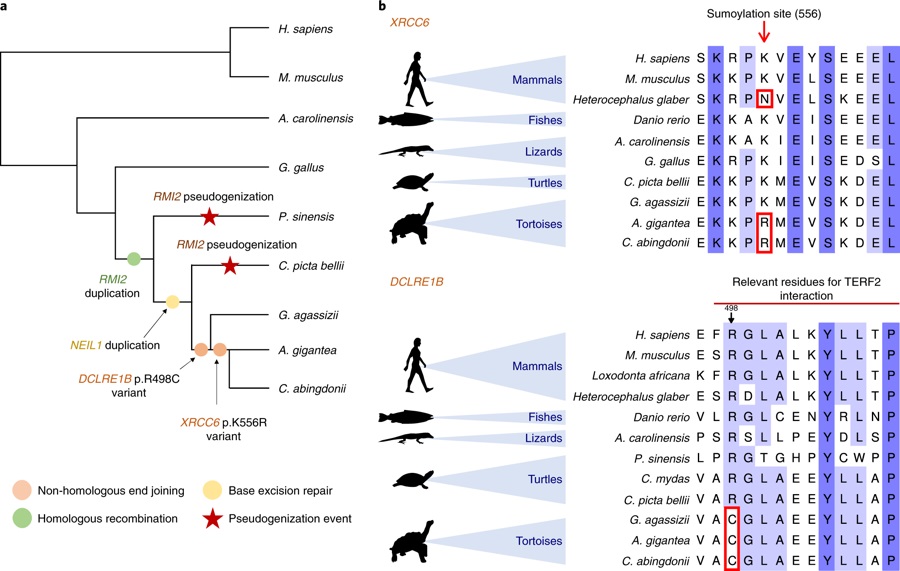 In total, the authors found 43 genes that can affect high longevity. Among them are those that are associated with the immune system and protection against viruses, parasites and infections. Also in the giant turtles found additional copies of the genes that are responsible for suppressing the growth of malignant tumors. However, the most interesting finding was those genes that are involved in correcting chemical damage and breaks in DNA molecules. In particular, they noticed a change in the XRCC6 gene, which is involved in connecting double-stranded DNA breaks. The only animal with a similar mutation is the naked digger, who is known for being able to stop individual development at the neonatal stage (neotens).

Scientists plan to find out why Lonely George could not leave offspring when mating with representatives of other subspecies.