Rivers of Europe polluted with pesticides and antibiotics 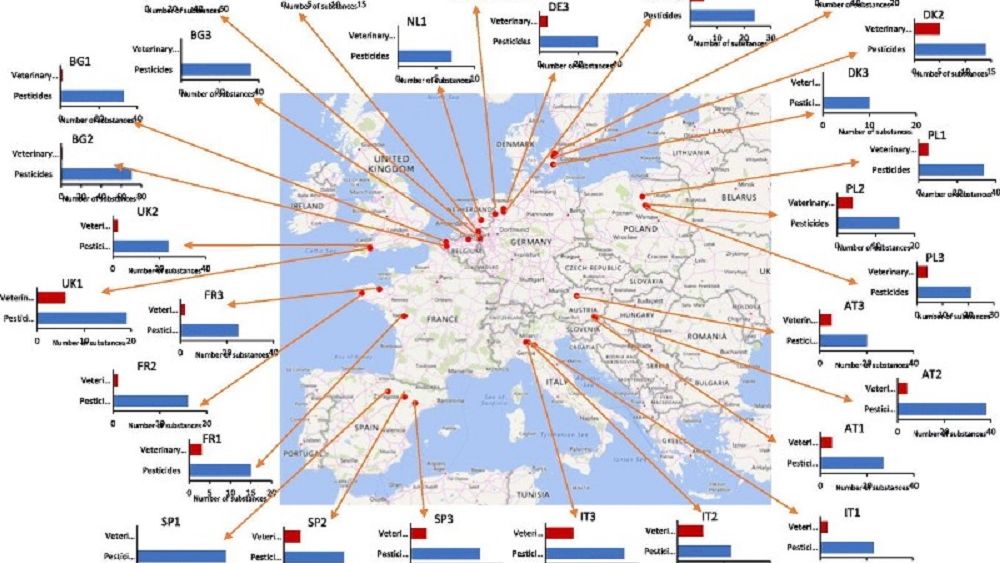 New research has shown that pesticides and antibiotics pollute most European rivers. Scientists insist that pollution in such concentrations is dangerous for nature and may increase the development of drug-resistant microbes in humans.

Scientists at the University of Exeter (UK) took water samples from 29 watercourses from 10 EU countries, including the UK. The test results revealed 21 veterinary drugs, most of which are antibiotics, and the presence of 103 types of pesticides, 24 of which are banned in the EU. In addition, in half of the samples analyzed, at least one pesticide exceeded the permitted levels. At the same time, studies were focused only on the streams, since most of the aquatic fauna inhabit them.

The techniques used can reveal only a fraction of the pesticides. The two most common – glyphosate and chlorothalonil – were not included in the study, which means that the results presented reflect the minimum level of contamination. According to scientists, the presence in the water of banned pesticides may be associated not only with illegal use, but also with their gradual leaching from the soil. The study was conducted before the most commonly used insecticides were banned by the EU.

The published work indicates that herbicides (weed-killing agents), fungicides (chemicals to combat fungal plant diseases), insecticides, and antimicrobials used in animal husbandry were found in the water. The risk for people due to antimicrobial resistance is well known and has long been known: cases of quite complex fungal infections are increasingly registered in hospitals.

According to Greenpeace research laboratories at the University of Exeter, the importance of their work is to demonstrate the frightening scale of the spread of biologically active chemicals in European rivers and the potential threat of these substances to humans and the ecosystem.