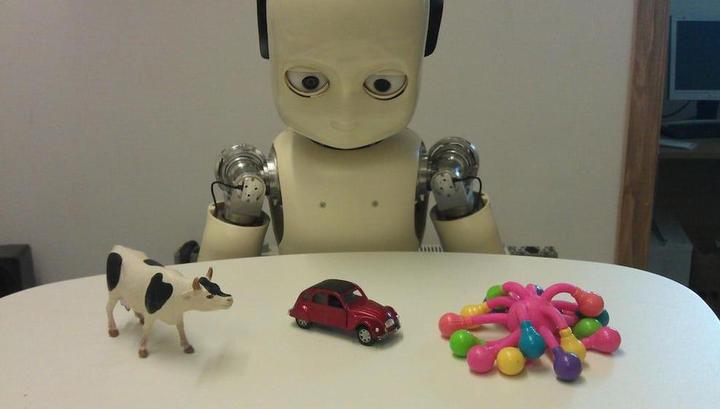 In 2011 the consortium The RobotCub Project provided to the world of the unique humanoid robot under the name iCub (literally “an artificial informative body”). The roboboy created by request of European Commission learned to show human emotions over time – to smile, long, perceive Wednesday and the speech of people. The humanoid can joke and even apologizes for mistakes.

The artificial intelligence of the humanoid approximately corresponds to age of the three-year-old child. In 2012 it was trained in the first words, and process was in many respects similar to training of this kid. Now scientists better to understand mechanisms of early training of children, addressed the roboboy again.

According to psychologists, children learn new words, using the same method, as robots, being based not on conscious thoughts, and it is rather on associations, thanks to an automatic capability to identify and connect objects in the environment.

Scientists worked with these children (control group) at the age of two and a half years. Set the task for them to choose a certain toy – new to the kid – from a number of three, four or five objects. Children at the same time were guided by the principle of mutual exclusiveness, remembering “name” of a new toy (initially it is difficult for them to believe that one subject can have two or more names).

That is, for example, before the child three toys – brown, yellow and orange. He knows that the brown toy is a rabbit, and yellow – a duck. And then in response to a request: “show me a giraffe” most of children will choose an orange toy. 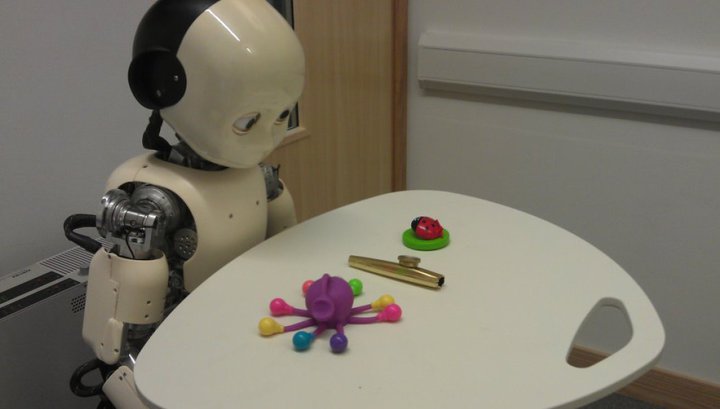 At the following stage scientists by the same principle tested the roboboy, and his artificial intelligence did absolutely the same way, based on analogy and associations (previously iCub was trained to learn 12 objects).

According to authors of work, results of an unusual experiment can be useful as for psychologists who will be able to develop more effective techniques of training of children, and for engineers who in the course of creation of artificial intelligence still should develop technology of machine training.

The scientific article with a complete description of a research is published in the Interaction Studies edition.