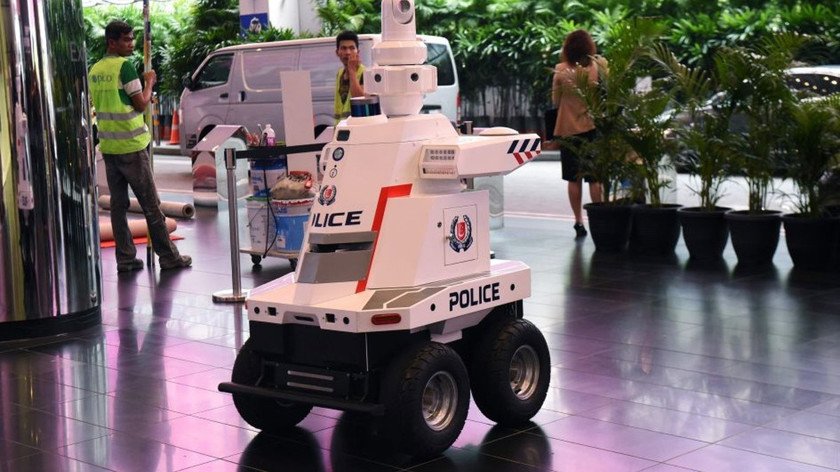 Singapore’s RoboCop does not look like its cinema type. The security robot is only one and a half meters high, it moves not on its feet, but on wheels. The device moves along the programmed route, is able to go around suddenly arising obstacles and shoot everything that happens around in the video, transmitting data to the server.

The robot didn’t scare visitors to the summit. On the contrary, people were touched, approached the robot “to meet” and take a selfie. Some visitors noted that the robot police looked like a huge toy.

A security device developed with the active participation of the local police is only a prototype for now. On the large-scale use of such robots it is not yet, but judging by the fact that the car was tested at an event of this level, the credibility of the technology is very high, and soon many similar devices will appear in Singapore.