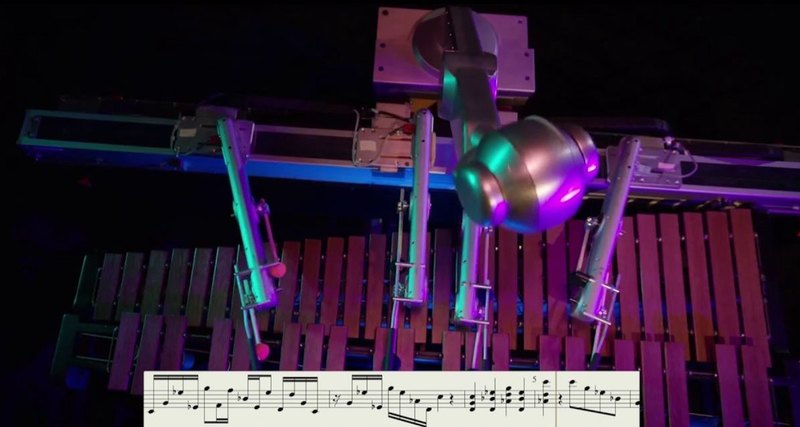 With the help of deep learning technologies, Shimon can play the music of his own composition. After listening to more than 5,000 works, from Beethoven to Lady Gaga, having mastered a library containing more than 2 million melodies and riffs, the robot became one of the first synthetic composers in the world.

Mason Brittan, a graduate of Georgia’s University of Technology, perfected Shimon’s musical abilities for seven years, teaching him to understand the music that people are playing and improvising using pre-prepared chord progressions.

Brittan is in charge of tuning and debugging Shimon, while Jill Weinberg, the scientific director of Brittany and director of the Department of Music Technology at the University of Georgia, created a robot to find out if a robot can compose music that people find beautiful.

So, if Brittan and Weinberg continue to work, the writing of music can cease to be exclusively human prerogative. Of course, academic musicians are not worried yet, but producers of pop hits and dance tracks should think about the future.