Robot for Autonomous operation made my mouth and stomach 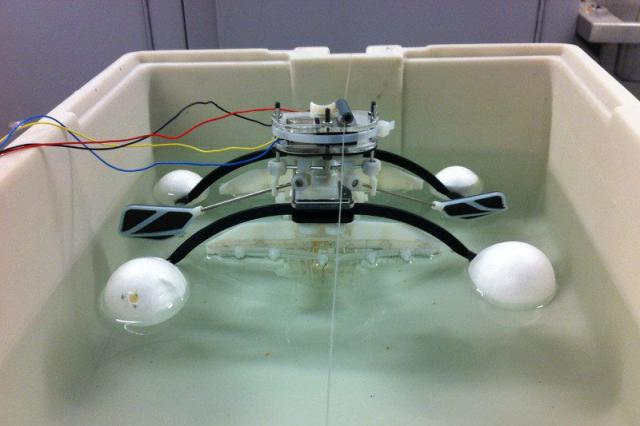 Experts from Bristol University have developed a robot that is able to provide itself with electricity, eating floating in the water of organic debris.

In order for the device from sinking, the developers have supplied him with Styrofoam balls, one on each limb. The robot has a mouth and stomach. Powered device as well as some shellfish, absorbing water biomaterials.

The robot has a microbial fuel cell where microorganisms biomass is processed into electricity. Waste is removed through the syphon output when the robot swallowed a new batch of water.

The number generated by the microbial fuel cell electricity is still insignificant. However, the use of soft materials for the mouth and stomach has reduced the consumption of robot energy.

According to the developers, similar to Autonomous robots in the future can be used, for example, for the purification of polluted water bodies and environmental monitoring.