Robot herder will monitor the animals 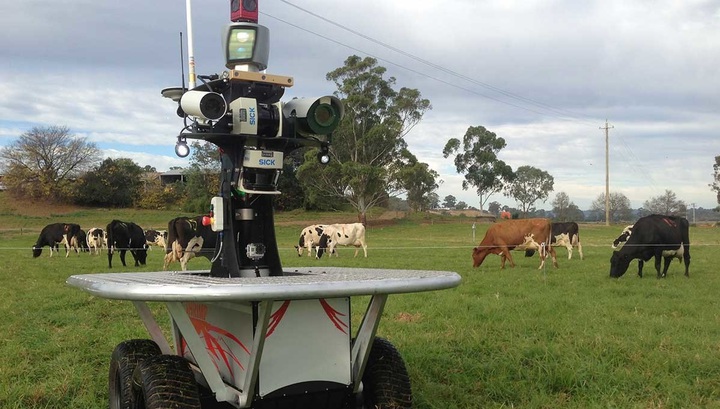 Robotic assistants have long been making life easier for the people in various fields. For example, one of them instructed on the farms own milking cows, others — to fight weeds. Now, however, Autonomous robots can replace the shepherds.

For these urban residents note that sheep farm or cattle farm is not just big, they’re huge. For example, some pastures may sometimes extend for hundreds of square miles, and to cross such a field, it will take more than ten hours. And, as a rule, for livestock farms on such a big watch rare. This means that workers on large farms often do not know the condition of the animals.

It is here that robots and will come to the rescue. During the two-year trial that will begin next month, a robotic assistant will be trained to herd cattle, to monitor its health and to verify whether animals grazing for food.

Sick or injured animals will be identified with the help of sensors and image sensors. So, robots will be able to detect changes in body temperature, and just the gait of the animal, if something happened, says Sukkarieh Salah (Salah Sukkarieh) from the University of Sydney.

He and his colleagues intend to conduct a two-year test of his brainchild on several farms in Central New South Wales – state in the South-East of Australia.

During the test group Cuccaracha will configure the software of a robot worker to ensure that he can move around the trees, in the mud, to overcome the hills and the swamps.

The developers say that their goal is to simplify the life of farmers and to reduce dependence on feedlots. Because of them, some shepherds are forced to keep cattle in enclosed spaces, but which are easy to control.

While permabit no name. But it is noted that this is a more complex version of the earlier model Shrimp (“Shrimp”), which was developed in order to feed it 20 to 150 cows.

If the new machines will learn to cope with the responsibilities of a shepherd and will be relatively cheap to produce, in the future they will be able to occupy another farming position. And therefore fears of some scientists that the automated assistants may in the near future to cause mass unemployment, is not so groundless. However, who said that people at that time did not begin everywhere to get a higher education and work in a much more high-tech fields?