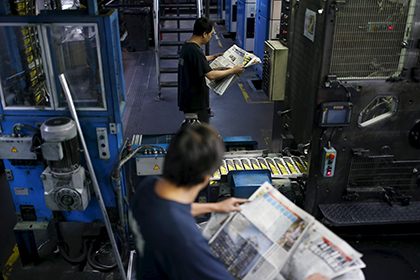 Xiao Nan took one second to write a note of 300 characters. As explained by Professor of Peking University Wang Seizure (Xiaojun Wan), the robot is able to write both small and large amounts of texts, and to analyze much more data than people.

However, according to him, this does not mean that in the near future robots will replace journalists. Today the machine does not know how to interview and ask additional questions based on previous answers. But the Creator of the robot reporter is optimistic and hopes that in the future these devices will be able to act as the assistant publications. To do this, it works together with the Southern Metropolis Daily and established a special laboratory for the study and development of media.

Research in the field of technologies for automatic writing are already underway in several companies. So has prepared Narrative Science Quill platform, which aims to convert the data into a coherent text.