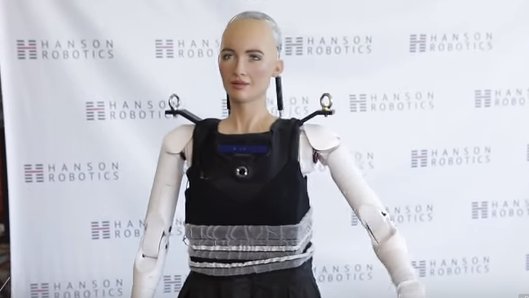 The Hong Kong company Hanson Robotics, known for its projects of humanoid robots, including a robot reminiscent of Einstein, added its robot humanoid called Sophia’s legs.

Now the robot can walk quite safely, the truth of its movement is far from perfect. Previously, the public was offered to contemplate only the robot’s torso, his hands and head. The robot Sophia was first introduced about two years ago. The latest innovations were demonstrated at the CES in Las Vegas.

The robot Sophia is able to maintain a conversation, she is also able to express emotions through hidden under the mask drives. The robot blinks and can turn its head towards the other person.

A few months ago, the robot Sofia got into the news of the leading media, when she was recognized as the first robot in the world to receive citizenship. Sophia officially became a subject of Saudi Arabia.