Robot taught to balance on one leg 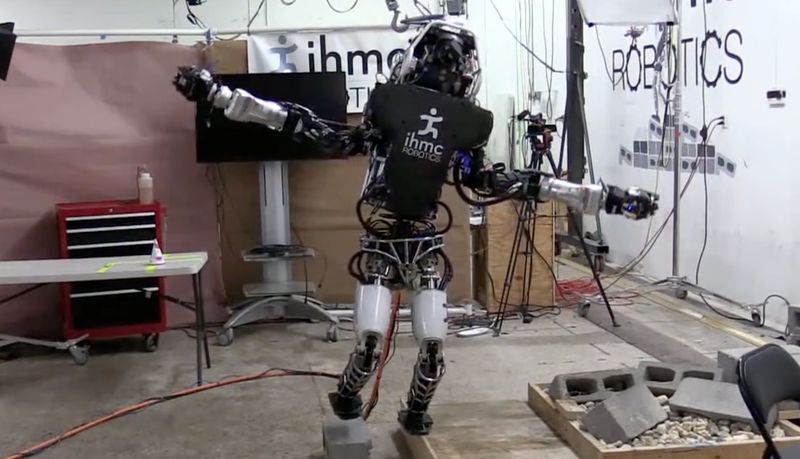 Famous Atlas robot, created in the walls of the company Boston Dynamics not only knows how to walk on two legs, but now have learned to balance on one leg that had not been done before.

Humanoid robots cause a lot of headaches to the modern developers. It is especially difficult to teach the two-legged mechanisms to keep the balance and not fall down during performing different movements. For this purpose arrays of sensors, including accelerometers and gyroscopes, sophisticated algorithms and much more.

This robot is not even worth it on a full foot, and rests on a thin plank under one of his legs (the Board thickness about 2 cm). To complicate the task, the engineers give the robot a command to commit tilts from side to side. He obediently teetering on its fragile pedestal, but as soon as the amplitude of tilt increases to an unacceptable level, the Atlas still loses his balance. However, in such a situation would not hold enough clever people with excellent coordination and sense of balance.

The algorithm for retention of balance was developed by specialists of the Institute IHMC dedicated to solving problems in the field of artificial intelligence, as well as in relations between humans and machines. Yet Atlas cope is not ideal and showed us one of the truly good takes that were shot during testing of the technology. But experts from Boston Dynamics continues to work on solving many small problems, and it’s quite possible that in the future the robot will be able to give odds to many circus tightrope walkers.