Robot taught to climb the stairs 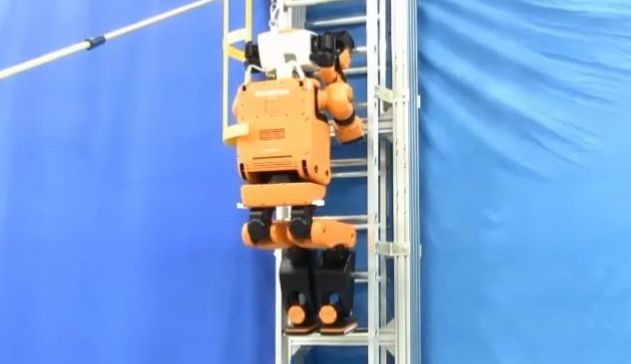 The company Honda showed a working prototype of the robot E2-DR, which can become a real lifesaver. He can climb stairs, climb through the ruins and pass into narrow apertures.

The robot E2-DR received an anthropoidal body with a height of 1.68 m and a weight of 85 kg. In his hands are installed cameras and 3D-sensors, which allow him to navigate in space and interact with objects. But while the robot is controlled by a person remotely, in the future, perhaps, an autonomous program for him will appear.

Now the robot can climb and descend the stairs or on the stairs, overcome the rubble and climb through the narrow aisles. Such opportunities will help him to work in rescue operations with a high risk for life. For example, when the house collapses or if there is a fire. He can even withstand a 20-minute rainstorm, reports Engadget.

Video demonstrating all the features of the E2-DR robot:

The robot is powered by a battery with a capacity of 1000 W, which is enough for 90 minutes of operation. This is enough for the rescue operation, but so far this is only a prototype, so in the future autonomy can increase. As the “brains” of the robot took the computer processor Intel Core i7.

Honda’s plans to launch the E2-DR robot into the market are covered in mystery.