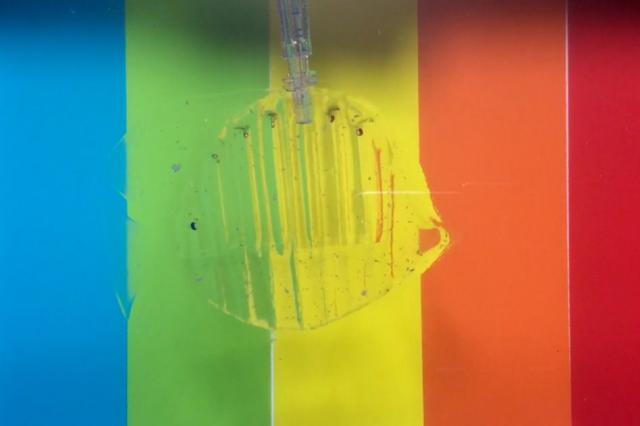 Experts from the Massachusetts Institute of technology have created a robot from a hydrogel – transparent material, consisting of water.

Published researchers video demonstrates the ability of the robot to capture a small fish. Since he is invisible in the water, the fish easily falls into the trap and swallowed by the tentacles.

The robot moves by pumping water into it. The device is able to withstand thousands of cycles without deterioration of their properties. In addition to capturing fish in the video, the robot demonstrated the capabilities of the repulsion of the ball.

As scientists believe, because the material from which made the robot, is biocompatible, it can be used to capture tissue and organs during surgical operations.