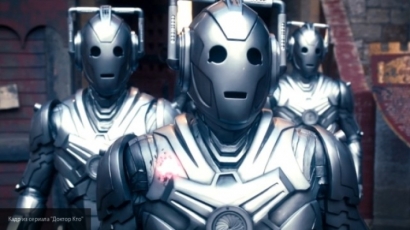 German scientists have developed technology that allows you to manage multiple robots through a magnetic field. Existing methods for robot control using a magnetic field to limit the design of such devices. The fact that until recently such technology was not allowed to influence the individual actuators in isolation, which impeded the use of “magnetic” robots, for example in medicine, where they are required to act in concert within a living organism.

In the new work, scientists from the German departments of the company Philips has introduced a technology that allows you to manipulate complex robots using a magnetic field. As the field sources are the several pairs of coils, under the control of the operators. In a place where the fields meet, there is a zone of low induction, which is used to control.

The actuators are based on the screws with magnetic rings, which are screwed or twisted under the influence of a magnetic field. With the growth of the overall induction actuators are locked, and the rotation of the coils operates only the screw that is in the area of low induction. Thus, we achieve the point control distance of up to three millimeters.

During the demonstration, the authors tested the technology on five plastic screws, capsules, conditional toxic substance, and the robot with the five independent actuators. In their opinion, the new approach can be used in medicine such as brachytherapy. In particular, the method allows to precisely control the radioactive capsules in different locations of the tumor.