Robots have been taught to feel the force of pressing 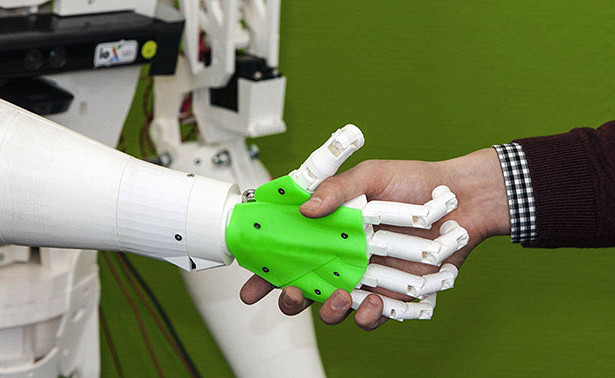 Inventors from the United States have created a robotic arm that can “feel” the force of pressure and the internal pressure of objects falling into it. To do this, the equipment was equipped with three types of sensors.

According to Advanced Materials, the authors of the development were specialists from Harvard University, headed by Jennifer Lewis. Scientists have made their actuator for a hand made of silicone, in which a network of thin channels was integrated with a 3D printer. Many of them were filled with non-Newtonian gel, which has ionic conductivity.

Depending on the effect, these channels significantly deform, which also changes their conductivity. Sensors that respond to changing the state of the channels give the mechanism a signal to change the force of pressing. In this case, all channels function as one of the sensors: a contact sensor, an internal pressure sensor and a curvature sensor.

In the same way, the matrix of the actuator is also capable of reacting to moisture: depending on the concentration of water, the channels can be deformed, transferring the corresponding signals to the robotic arm.

The invention of methods for controlling the force of pressing is a solution to one of the main problems of using robotic arms and mechanisms similar to them. To keep the soccer ball and chicken egg you need a different force, which the mechanism could not previously calculate.

Created by scientists from Harvard University, the actuator will be most relevant for robots that work with fragile materials. A special need for this mechanism is experienced by medical personnel using robots for surgical operations.