Robots will find “softness of touches” 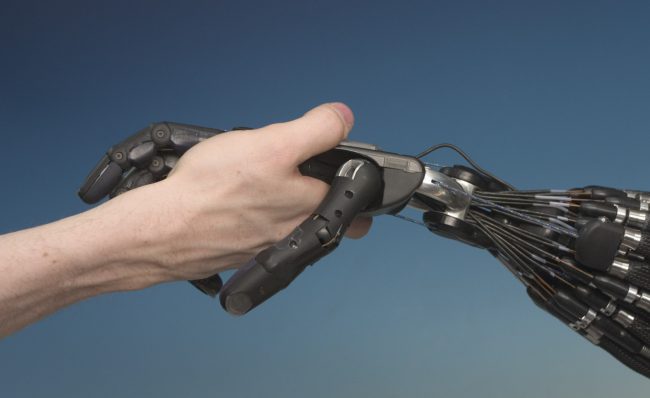 At present the majority of robotic mechanisms possess only a regulation of force of pressing, but thanks to researchers from Cornell University, working in Organic Robotics Lab, robots in the future will manage to receive tactile sense, earlier available only to live organisms. Thanks to it hands of robots can find “softness of touches”. Such technology is based on introduction in fabric of a covering of robots of special supersensitive sensors.

Sensors consist of the light-emitting diodes and photosensors which are built in flexible tubes (on a structure “in a section” all this is very similar to nervous fiber). A set of such tubes, the bound to the central processing unit of the car, form optical “nervous system” which work is capable to provide a high-precision tactile feed-back. A special structure also the hand covering based on the way called “the weak lithograph” possesses. Work of an optical sensor is based on anisotropy: this change of a reflectivity of light on border of the transparent core of a wave guide and its envelope at stretching or a bend of a wave guide. At the same time change of distribution and intensity of a luminous flux allows not only to determine the deformation size, but also its direction with rather high precision. On assurances of creators,

“The automated hand is made of several types of a silicon and polyurethane, along with a small amount of various types of hydrogels. The brush in the basis has the design made by means of the three-dimensional press and is put in action by pneumatic drives. Each of fingers switched on about three optical sensors. Distinction in position of these sensors allows to calculate changes of pressure forces by a combination of observed datas and to provide a tactile feed-back of very high quality”. 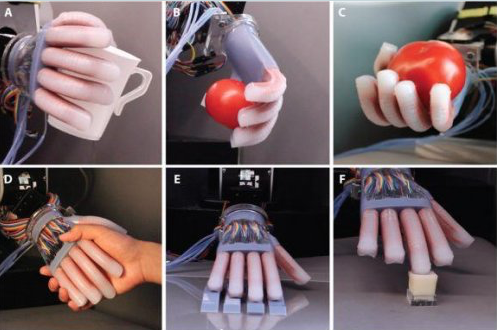 The most interesting that the special algorithm of data processing is capable to restore a three-dimensional form of an object which the hand holds at present. All these technologies can be used not only in robotics, but also at manufacture of high-precision artificial limbs of new type. Test exemplars of such hands already managed to define to the touch degree of a maturity of fruit and rather precisely to regulate pressure put upon objects.