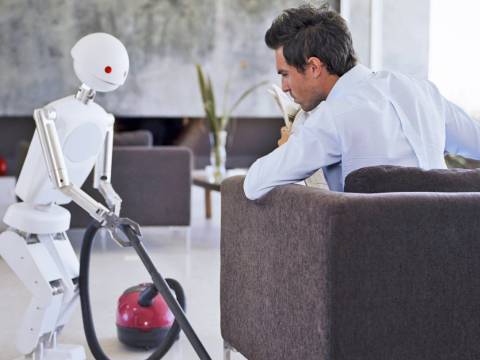 In a new UN report describes how more widespread use of robots will affect employment in developing countries and which strategies will help in overcoming this problem.

Last year the United Nations has considered the threats associated with the development of artificial intelligence and robotic technologies, however, now on the agenda was the problem, which though not connected with the conquest of the world by robots, but directly affect the well-being of developing countries.

Automated technologies have long been used in developed countries, leading to job cuts. In a new UN report States that countries of Africa and Latin America may be exposed to even greater risk associated with the development of robotic technology. In particular, industrialization in these countries may slow down due to the fact that in the near future will be more popular the use of automated production. Therefore, almost two-thirds of various professions can be simply unnecessary.

Another problem is the trend to return manufacturing to their home countries, that is the abolition of offshoring. Thus, companies will be more profitable to produce the products with the help of robots in their own country than to use the services of workers in other countries.

To resolve this problem, UN officials offer to develop robotic technology in developing countries, which will lead to the return of the offshoring and make the work more attractive. As noted in the UN, the Association of human strength, with automated production will create a better work force.