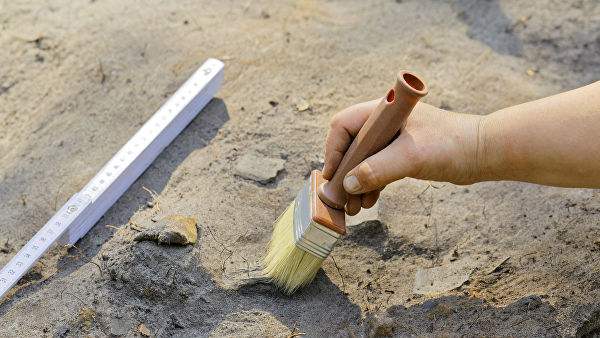 An Egyptian archaeological mission working in the area of ​​the town of Mut in the Dakhla oasis in the west of the country found two well-preserved tombs of the Roman period (30 BC – 312 AD), the Ministry of Antiquity Affairs reported.

According to the head of the Supreme Council for the Antiquities of Egypt, Mustafa Vaziri, a staircase with twenty steps survived from the first tomb, which descends to a sealed entrance. Archaeologists opened the tomb and found well-preserved burial premises, made of clay bricks, sandstone and limestone, an altar, burial dishes.

The second tomb is located east of the first burial. There are also burial premises, chambers, and a table for offerings. Archaeologists say that in the tomb found wall color painting depicting scenes of embalming the dead.

According to representatives of the Ministry of Egyptian Antiquities, the work in the area of ​​the city of Mut has been going on since 2002. Archaeologists to date have already found about ten tombs belonging to different periods of Egyptian history and are in different degrees of preservation.