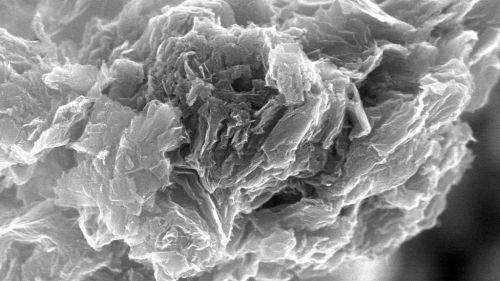 The accident at the Japanese nuclear power plant “Fukushima-1” occurred a few years ago, but the consequences of the disaster impact so far. To clean the millions of gallons of radioactive water and to prevent contamination of the ocean, scientists from Russia and the USA have developed a unique filtration system.

Hundreds of millions of gallons of radioactive water left over from the disaster of 2011 that occurred at the NPP “Fukushima-1” in Japan. Scientists can’t just dump the liquid in the ocean, and if you do not take any preventive measures, sooner or later it will seep into the soil.

A team of scientists from rice University in Texas and the University of Kazan in Russia has developed an unusual method to extract radioactive isotopes of cesium and strontium from the water. This will help them a cheap material, oxidation modified carbon (OMC). Researchers believe that this filtration system will clean the water enough so that it can be discharged into the ocean without fear of environmental pollution.

You’ve probably heard that the coal (including charcoal) is often a major component for water filters, but in the case of heavy metals dissolved in water, it will not be too effective. The same group of scientists reported last year that the material called graphene oxide one can filter out the radioactive element strontium, but not cesium. In addition, the production of graphene oxide is too expensive to clean with it huge masses of water. This has led researchers to the idea of using the OMC, which is ten times cheaper and can be obtained from the product of the coal industry, C-seal F, or shungite rocks mined in Karelia and on the territory of Kazakhstan.

The researchers subjected OMC acids, with the result that its surface is formed by a large quantity of oxygen, which actively bind heavy metals. Missing samples of water from strontium, cesium and other heavy metals through carbon filters, the scientists found that a total of 800 mg of C-seal F is extracted from 100 ml of water, 83% of cesium and 63% of the strontium is an impressive result, isn’t it? Shungite filters were equally effective — 70% of cesium and 47% of strontium. This researchers reported in a new article published in the journal Carbon.

This work has only confirmed the main theory researchers, so it is possible that with proper funding the cleanup of the radioactive reservoir in Japan will begin in the near future.