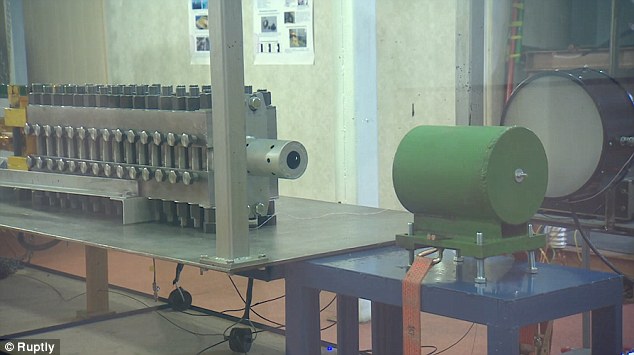 Russian scientists have successfully tested the first they created an electromagnetic rail gun, capable of punching any armor. The gun uses electromagnetic force and not explosives or fuel.

According to the joint Institute for high temperatures of RAS Shatura, electromagnetic gun shoots projectiles whose speed is over 3 km/sec.

During recent tests of 15-gram plastic cylindrical shell punched aluminum disc with a thickness of a few centimeters.

Scientists tell us that soon they will develop the device, the initial velocity of the projectile which will exceed 4.5 km/sec.

In the United States are also working on their own electromagnetic gun. In creating such weapons, as well as other new developments, such as laser, damaging the hull of enemy ships at a distance, interested in the US Navy.

In the future, scientists hope to create an electromagnetic rail gun, which shoots projectiles at a speed of 7.5 M (seven times the speed of sound and is approximately 9 thousand 100 km/h) at a distance of 160 km. 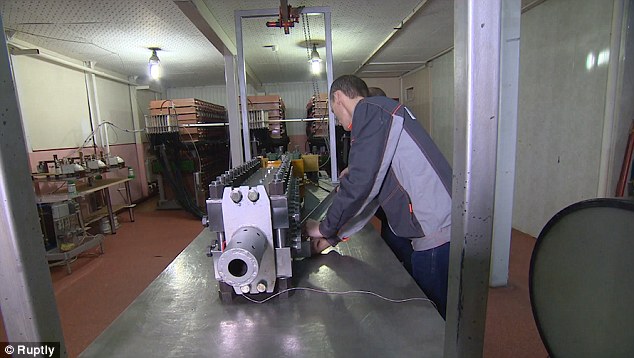 According to temperatures in city Shatura, shells electromagnetic rail gun with a speed over 3 km/h

The U.S. Navy intends to equip rail guns the destroyers “Zumwalt” which is able to provide sufficient energy supply.

During the development of cannon were failures. Because of the huge amount of energy early examples fell into disrepair after a few shots, but scientists are working on guns that would take thousands of shots.

Electromagnetic rail gun, which in the United States has spent more than $ 500 million, will go into service in less than ten years. It is planned to conduct a Maritime weapons testing this year or next year. During the tests will be used projectiles weighing 20 kg, which is developing a supersonic speed. For comparison, the shells of Russian guns in tens times less.

How is such a high speed?

Instead of the usual gunpowder rail gun uses electromagnetic energy, and the speed of its projectiles maybe six or seven times higher than the speed of sound. Using an electromagnetic force known as the Lorentz force, the projectile is accelerated, passing between the copper “rails” on which the current is passed. As a result, he flies a much greater distance compared to traditional artillery shell, and thus causes great damage. With four stabilizers at the rear of the body shell can hit moving targets such as ships, drones or missiles.

Studies show that 10-pound projectile flying at a speed of approximately 8 thousand 700 km/h at a distance of 160 km, capable of punching three concrete walls or six 12-mm steel sheets.