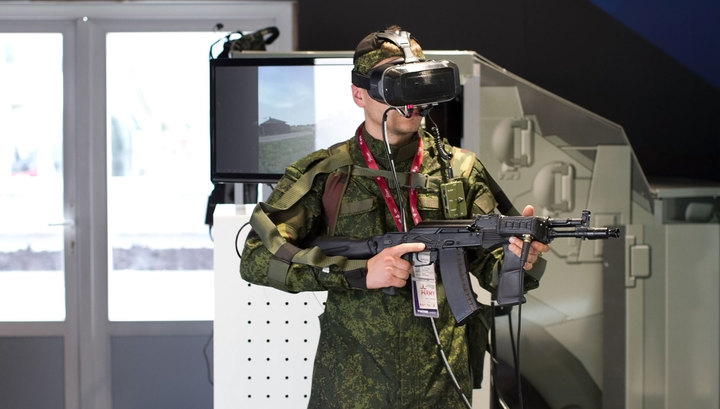 In Russia the system allowing to transfer educational process of motorized rifle divisions to virtual space is developed. The Complex of Educational and Training Means (CETM) allows to imitate real conditions of fight for working off of communication and fire interaction of crews of armored cars and infantrymen.

The system allows to involve at trainings at the same time up to 400 people. Development belongs to the Joint instrument-making corporation (OPK, is included into Rostec).

“A helmet of augmented reality, a set of sensors of a provision of a body and the simulator of arms are a part of an educational and training complex. During training of KUTS creates full-fledged crews of virtual command and staff, commander and linear fighting vehicles, and also workplaces of infantrymen. The position in space of soldiers and the equipment, and also orientation of weapon are visualized in three-dimensional model of the area. The fighting situation is displayed on screens of the automated workplaces (AW) and virtual reality wearing spectacles” — the press service of corporation reports.

The field of virtual fight can as the area existing in the nature (open geographical services are for this purpose used), and the geographical zone simulated by the program. At the same time the system will consider even such nuances as possible loss of a radio communication on the area because of features of a relief, barriers, weather and other factors. Gamers can only envy.

This system is more perfect, rather previous similar development of OPK which is already successfully operated in the Russian law enforcement agencies.