Russian chemists have proposed a new path for the synthesis of complex organic chemistry on Titan and the oldest Earth. 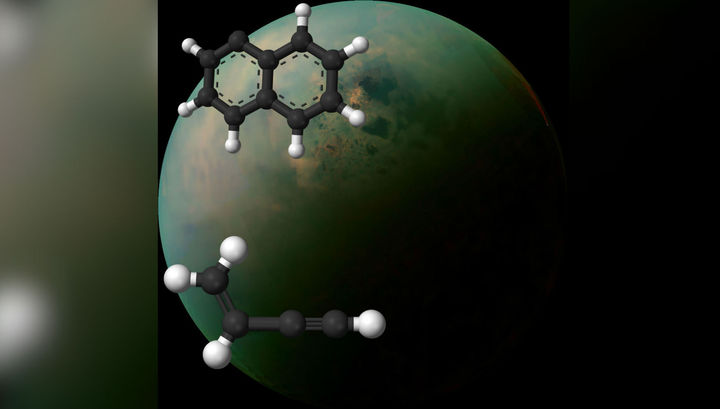 Russian scientists, in collaboration with their foreign colleagues, discovered what seemed impossible – the mechanism for the formation of complex cyclic molecules in the conditions of the satellite of Saturn and the early Earth. This changes our ideas about the ways of synthesis of organic matter in space.

The achievement is described in a scientific article published in the journal Nature Astronomy by a team of researchers from Samara State University, Lawrence Berkeley National Laboratory, the University of Hawaii in Manoa, and Florida International University.

Recall that Titan is the largest satellite of Saturn and the only moon in the solar system with its own dense atmosphere, as well as the only body other than the Earth, on whose surface there is a stable liquid. In addition, Titan is extremely rich in organic matter. Whole seas of methane and ethane are splashing there, and more complex compounds are formed in the atmosphere under ultraviolet rays. Experts believe that over time, life can originate on Titan.

Some time ago, benzene was found on a mysterious celestial body. As is known, this is the simplest molecule, which has in its composition a special cyclic structure – the benzene ring. Scientists have suggested that it could be a “building material” for more complex organics containing two or three such rings, the so-called polycyclic aromatic hydrocarbons (PAHs). The presence of PAHs and even more complex substances formed from them would well explain the properties of the famous orange haze that has the satellite tightened.

But how can these molecules arise? Until now, chemists have known the paths of formation of only a few short-lived PAHs in the atmosphere of Titan. It was assumed that the synthesis of their more stable “colleagues” need high temperatures. Those that exist near the surface of stars, but not on the moon of Saturn, where even the usual for Earth gaseous methane becomes liquid from the chilling cold.

Chemists have found an unexpected way out. They discovered the reaction between the naphthyl radical (C10H7) and vinyl acetylene (C4H4). Both hydrocarbons, according to experts, should be present in the atmosphere of Titan.

“Here we provide evidence [of the existence] of a low-temperature reaction that people [did not] think about before,” said Musahid Ahmed from the Lawrence Berkeley National Laboratory. “This is the missing link in Titan chemistry.”

Scientists from Samara conducted a simulation that showed what the products of this reaction would be at different temperatures and pressures, as well as when exposed to ultraviolet rays. It turned out that under the conditions customary for the satellite of Saturn, stable three-ring PAHs will be obtained, namely, phenanthrene and anthracene. Researchers from other research centers also did calculations for various details of the process.

After that, their colleagues from the laboratory at Berkeley carried out this process during the experiment and actually discovered the substances mentioned among the products of synthesis.

“Our research shows that PAHs are more widespread than expected because they do not require [for their formation] high temperatures <...>. We assume that this mechanism is universal and, apparently, leads to the formation of even more complex PAHs”, – says study co-author Ralph Kaiser (Ralf Kaiser) from the University of Hawaii at Manoa.

As already mentioned, PAHs are a suitable material for the synthesis of even more complex organic matter. In addition, they serve as a “seed” for the formation of interstellar molecular clouds, where various reactions are also possible that are of interest to astrobiologists. Therefore, the discovery of the mechanism of PAH synthesis at low temperature and low pressure can turn our ideas about how organic matter is formed in space and how common it is. By the way, it is possible that the processes discovered by chemists went on the most ancient Earth, and ultimately became one of the ways to the emergence of life.