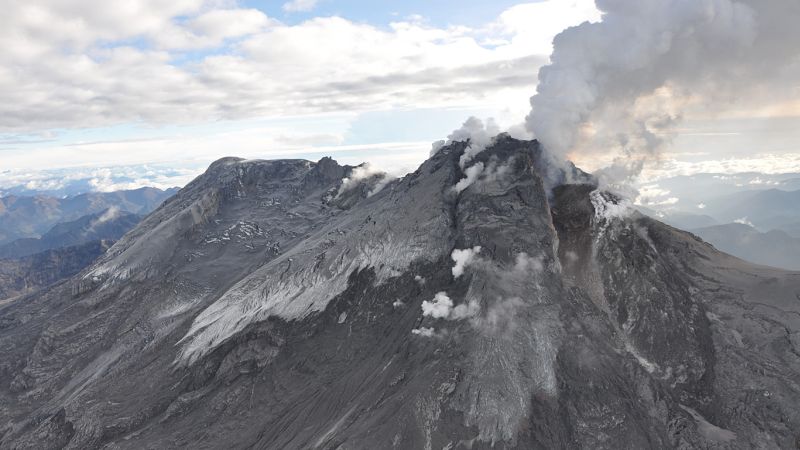 In November 1985, the eruption of the volcano Nevado del Ruiz led to tragic consequences. Then, as a result of rapid melting of ice on the crater of the volcano, the water level in the Guali River rapidly increased, and it came out of the banks. Flooding washed away the city of Armero and led to the death of more than 20 thousand people. In 2011, after several decades of calm, the volcano resumed its activity. Daily on its territory there are many small earthquakes, which are recorded by instruments of the seismic network.

The press service of the Novosibirsk State University explained that RAS Corresponding Member Ivan Kulakov, who visited the labs of the Novosibirsk State University and the Institute of Oil and Gas Geology and Geophysics of the SB RAS, visited Colombia in August 2016 and agreed with local geophysicists on the use of long-term data on earthquakes. Together with the student of the NSU Valery Gladkov, he developed an algorithm that identifies changes in the seismic structure under the volcano over time. The results of the research are published in the prestigious journal Scientific Reports.

The algorithm revealed a seismic anomaly under the volcano Nevado del Ruiz at a depth of 2-4 km, associated with the presence of melts or light chemical substances in the liquid state in the magmatic chamber of the volcano. The data show that in 2010 the volcano’s core was saturated with liquid as much as possible, but there was no sudden transformation into gas, in 2011 gradual bleeding of gases through the crater began and in 2014 the anomaly practically disappears. However, in 2015 the volcano again began to “inhale”, absorbing the liquid.

“Our development can be used as a current monitoring. It allows you to observe the periodic change in seismic properties in the bowels of the earth, associated with the process of “breathing” Nevado del Ruiz. This type of work will allow us to identify the most dangerous periods when the “light” volcano is full and ready for a quick devastation. Of course, it is still too early to talk about the concrete implementation of our development in ordinary life. But, probably, we will come to this in the near future, “the scientist says.