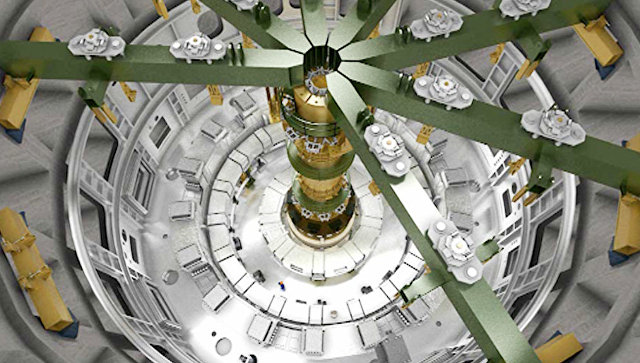 We have confirmed recent results on plasma heating to the temperature scale of ten million degrees, this is very important for the prospects of our work. Now very seriously, we began to consider options for the establishment of fusion systems based on open traps, ” he said.

Ivanov noted that the specialists of the Institute are working on a project of thermonuclear reactor on the basis of open traps that can be created in the next 20 years and should become an alternative to the international thermonuclear experimental reactor (ITER). Scientists suggest that in subsequent experiments, the plasma temperature will rise considerably, with the lowest figure required to create the nuclear fusion reactor has already been exceeded.

Now there was a very strong change in relation to such systems. At the Institute we are considering the possibility to create next-generation traps, the parameters of which will be significantly increased. And we will seriously think over the reactor, — said Ivanov.

Now we can obtain the plasma in a cleaner, more controlled conditions, — said Ivanov.

Earlier, the INP announced plans to develop an alternative reactor, which will be more commercially attractive compared to ITER. Finalize technical and economic basis for the project with conditional name GDML (gas dynamic trap), the Institute plans under the program of the Institute financing of the Russian science Foundation, which runs until 2018.