Russian raised quadrocopter to a height of 10 kilometers 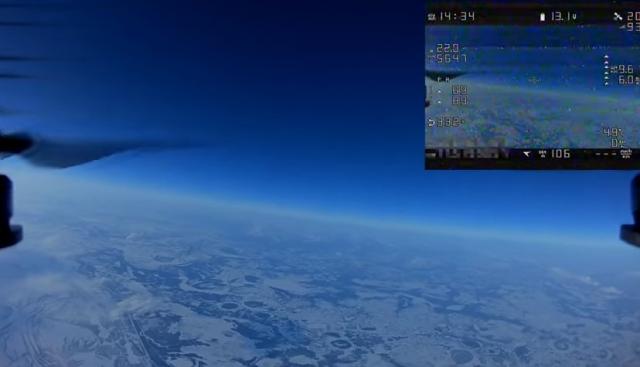 Russian Denis Koryakin managed to create a quadrocopter, which was able to climb to a record height of 10 km. The device was named “V1”.

After the quadrocopter reached a record altitude for ordinary drone, it landed safely. The device had a thermometer, thanks to which the drone measured the temperature of the surrounding air.

The minimum temperature during the flight was minus 50 degrees at the level of 8 thousand meters.

It is reported that the height, which climbed kvadrocopter, on the barometer was 10270 meters.