Russian robot saved the life of a child 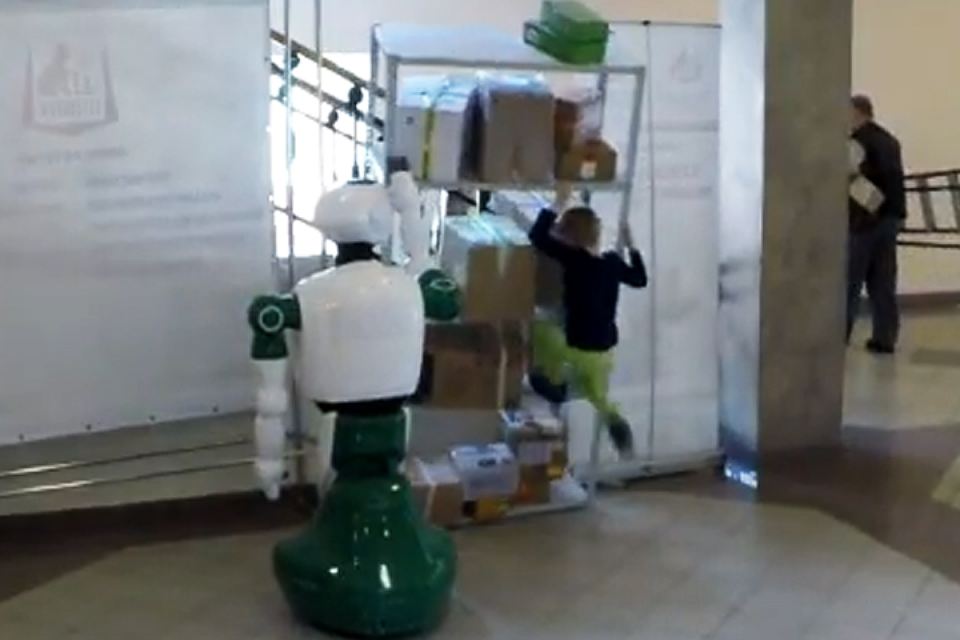 Autonomous robot Promobot v.3 rescued a child in the Perm Polytechnic. The girl nearly knocked down a rack with heavy equipment. The robot arrived in time to help and held the rack.

The incident occurred on July 4 at the Perm Polytechnic University during the graduation ceremony. Promobot was invited for a solemn speech, and waited for the beginning of the event in the corridor with technical equipment. At this point the room ran up girl and decided to get on the rack with the equipment. The rack began to fall, but Promobot managed to stop it. The robot began to move towards the girl as soon as she climbed up, so at the moment of danger was close, put forward his hand and held the closet. As a result, no one was hurt, the girl ran away. Soon there were her parents who came to the prom.

“At the moment when the robot saw the girl, he had the mirror mode turned on. He allows him to repeat the movements of the person in the field of vision. And it happened. The child began to move to the shelves, the robot moved in the same direction. The child began to raise his hands to climb the rack, the robot also began to raise his hands. We are glad that Promobot was there at this moment, otherwise the consequences could be deplorable for the child. It is to improve people’s lives that we create our robots, “said Oleg Kivokurtsev, Director of Promobot Development.

Perm company Promobot produces autonomous service robots on the territory of Russia, Northern and Eastern Europe. At present, several hundred Promobot robots are already operating in the US, China, Kazakhstan, Ireland, the UK, Spain, Chile and other countries around the world. They work as administrators, promoters, hostesses and museum guides.