Russian scientists are developing a “human hand” for the space robot 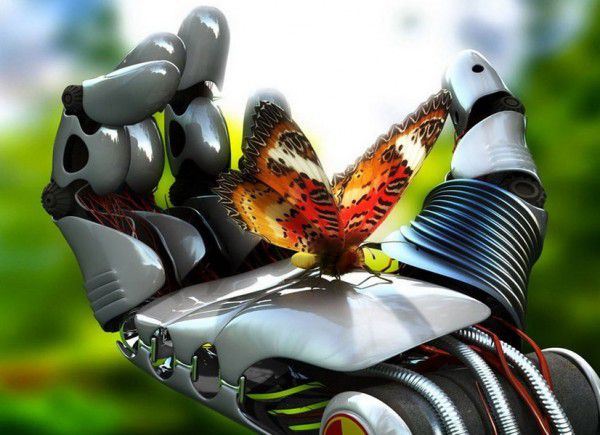 Samara scientists at the national research University named after academician S. P. Korolev are working on the creation of human hand for robot-astronaut.

Experts are working on a special system, which will strengthen the control over the location and force of the gripper of the robot. At the core of this system is the work of fiber optic sensors.

This development is designed for use in extreme conditions. The sensors have a particular sensitivity and under conditions of intense radiation and large temperature changes must accurately determine the pressure, amperage, temperature, rotation speed, etc.

As one of the developers, such a “hand-bot” will be attached to the hull of a spacecraft. The astronauts will use to carry out work in outer space.

It looks very similar to the human hand. It has fingers and even joints, which are made by using special materials. Faux leather fitted with sensitive sensors will allow the robot astronaut, to determine various parameters of any subject. You control the movement of these hands will take the astronaut, while in the ship. The robot arm duplicates all manipulations of the astronaut, and the sensors will transmit all data to the operator. Information will be passed to sensors in the gloves. Therefore, the operator-cosmonaut can get the same sensations as the robot outside the ship.

Experts believe that such a “hand-bot” will give the opportunity to reduce the risk of finding people in space. In addition, the use of this system will make space expedition less costly.

The first robot astronaut “human hands” is scheduled to launch into space in 2020.