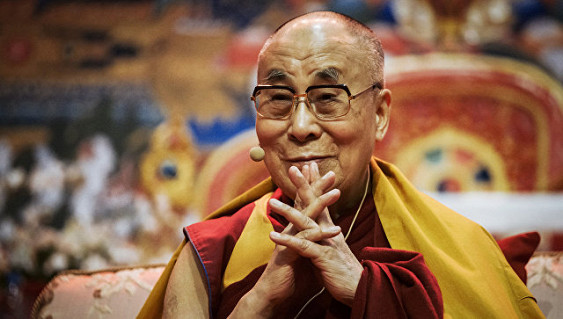 Leading Russian experts in the field of neuroscience at the first ever joint conference with the Dalai Lama XIV and Buddhist monks-scientists, held this week in Delhi, announced the need for a new bold theory of the nature of consciousness and its connection with brain activity.

“Russian science has been focusing on consciousness for 150 years already, and the materialistic understanding of consciousness in it differs from the classical materialism of Western science.The main issue is the relationship between consciousness and the brain.I think that we need now not the experiments, but the new, bold fundamental theory. Buddhist science: we need such a theory, and we can not create it based only on subjective experience.This new theory can affect the methods, discover new techniques, pay attention to meditation, “said the head of the department Neuroscience Research Center “Kurchatov Institute”, corresponding member of the Russian Academy of Sciences and Academy of Medical Sciences, a neuroscientist Konstantin Anokhin.

He was warmly supported by the Honored Scientist of the Russian Federation, Doctor of Biological Sciences, Doctor of Philology, neurolinguist Tatyana Chernigovskaya, as well as other Russian participants in the conference, psychologists, philosophers.

“The number of empirical data that we have is growing every minute.We entered a certain deadlock, because we do not know what to do with this amount.We can decompose this data and, of course, there are ways of processing, but nowhere else From the fact that I will examine every cell of yours, there will not be any impression of what kind of person you are, from the fact that I will dig in my brains and pull out each neuron from there, I will not get a picture of how it works. Well, another 30 billion neurons investigated – what next? The question is answered? “” No matter what, we need a genius who would say: you formulate questions incorrectly, ask another question: the time has come when the new theory is urgently needed, “Chernigivska explained.

And the key role, she believes, now plays a philosophy. “And in the Buddhist philosophy, these questions are very well developed, so neuro-scientists need to study this,” the professor said.

The two-day meeting of the spiritual leader of Tibetan Buddhism with Russian researchers in the capital of India, dedicated to the theme “Nature of Consciousness”, should begin the multi-year international conference “Fundamental Knowledge: Dialogue Between Russian and Buddhist Scientists”. The goal of the organizers is to establish interaction in the study of physics and cosmology, evolution and biology, the nature of knowledge, axiology and ethics for a deeper knowledge of reality, “for the benefit of all mankind.”

“For 30 years I have been conducting serious research jointly with Western scientists in the field of cosmology, physics, especially quantum, philosophy, psychology.” The first goal is to expand our knowledge through scientific research so that we can include emotions, consciousness, In the 21st and 21st centuries, more and more scientists are beginning to feel that there is something that affects the human brain, and the nature of this phenomenon remains mysterious. Today’s neuroplastic studies show that meditation can Moreover, many Western scholars say that constant stress and anger have a detrimental effect on health, and a calm mind is vice versa, “the Dalai Lama said.

The second goal of interaction with scientists he sees is to increase the level of knowledge, awareness, compassion among the population of the planet as a whole – and thereby stop wars, narrow the gap between the rich and the poor and make the world happier.

He cited the examples described recently and by one Western professor when children remember their previous lives up to the details of their belongings, which are then found in places they have indicated from the memory of a past life. “Where does this information come from in the brain and where is it when a person dies?” The Dalai Lama suggested.