Russian scientists got DNA of mammoths 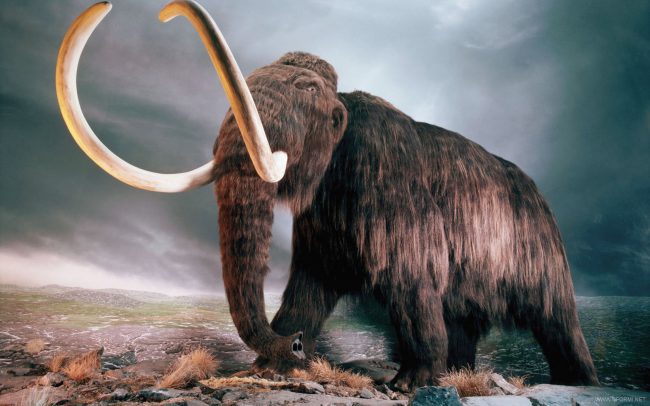 Russian scientists in the past year made a real breakthrough in the study of mammoths and made a significant step towards the cloning of these animals.

As told reporters leading researcher of the International centre for collective use of NEFU “Molecular paleontology” Elena Grigorieva, the researchers were able to extract genetic material from the cells of ancient khobotovo and send it to the transcript.

“We’re in the lab “Molecular paleontology” in Yakutsk has already identified DNA from bones of ancient paleontological animals. This is the first phase of large-scale genome studies, – said Grigoriev.

Data sent to South Korea in the biotechnology research Fund Sooam for carrying out transcripts, then in summer in Yakutsk will be carried out data interpretation and analysis. Prior to that, and no one in our country did not do a genome project paleontological animals.”

For a long time both Russian and foreign biologists could not engage in genetic studies of ancient animals, although their bodies in good preservation are often found in the permafrost. The problem was that the cells had lain for millennia in the ice, were destroyed after they had time to thaw in the laboratory.

The process proceeded so rapidly that scientists, until recently, failed to obtain a DNA molecule either from skin or from muscle tissue of mammoths.

Researchers from the US went the way of partial extraction of genes, Russian and Asian began to look for genetic material in the more stable tissues. In particular, consider extracting DNA from hair. However, the breakthrough came after geneticists took bone material.

“DNA taken from the bones of animals where the safety is much higher than in the tissues. We used fresh paleontological findings that were discovered in this or last year. The data then is compared to modern animals,” – said Grigoriev.

Working with the thawed DNA accumulating for many years. In 2012, scientists from the Russian Institute of physico-chemical and biological problems of soil science (Iphelp Russian Academy of Sciences) have managed to grow a Bush Campion uzkolisty – plants, whose seeds had lain in the permafrost of 32 thousand years.

The material was obtained from the food supply of the Paleolithic gophers-ground. Germinate in the usual way was not possible, so biologists had to find a separate viable cells of the plant and work directly with them.

It is curious that four years ago the prospect of decoding the DNA of the mammoth and clone them looked like not quite science fiction.

“We are not looking for the mammoth – told then the researcher Phibp Stanislav Gubin. – First, it is expensive imagine how much long-term expedition to those places! Second, the probability of finding such a mammoth tends to zero.

I would start with something smaller. With the mouse, for example. Especially that frozen rodents that lived several thousand years ago, we come across quite often. Such scientists we call each other by serviceteam” – ironically, the representative of the Institute.

However, over the last twenty years, the idea of the resurrection of mammoths gradually became something like the space race of the twentieth century. Now Japan, China, South Korea and the United States generously subsidize basic and applied research in this direction. Another would be: after the victory in the super marathon promises scientific status of the former state, to revive a species that became extinct thousands of years ago.

Russia to participate in the race for a long time hampered by the lack of funds. However, by happy coincidence, that the Russian North was a real Redwood Klondike. For this reason, even without a large funding, our biologists have been marginalized in the academic marathon.

As an ally, the Russians chose the South Korean SOOAM biotech Fund, which signed an agreement on joint cloning a mammoth. Russian biologists have partnered with the Beijing genomics Institute. Moscow’s ambitions on this front defends the North-Eastern Federal University, which several years ago was created the first Russian laboratory on the cloning of extinct animals.

Good success in this area can boast of the Americans