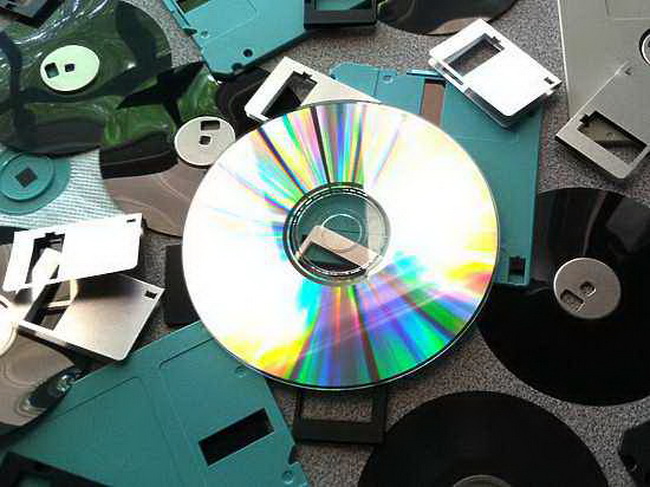 Experts of the Russian chemical-technological University named after D. I. Mendeleev, working on behalf of the Fund, prospective studies, reported the discovery method is practically eternal storage of information. The Russian scientists propose to use silica disks along the normal CD media.

Record information on the quartz is different from the recording method for CD drives because the information is applied to the surface of the carrier, and the amount of disk layers. The recording is done by so-called nanorelay. Due to this, at one point you can record not one, but several (up to 5 bits) data. A new type of memory called a multi-tiered voluminous memory. It allows you to record much more information to the media.

Experts say the ability to save on such disks about 1 terabyte of information (1024 GB). For example, one such disk can record about 500 movies or more than 200,000 archival documents. If, for example, note that the archive of Gosfilmofond of Russia has about 70 thousand different films, all the files would fit on 140 quartz disks instead of giant archive stores with films.

It should be noted that quartz discs have a high degree of resistance to such external factors as high pressure and temperature. Without loss of information they are able to survive the fire. In addition, they are not afraid of electromagnetic radiation.

“For the state archives, state library funds, medical institutions, these companies the actual problem is long-term archival storage of data. The size of the repository, as well as the need to rewrite the determine, the high cost of storage. In addition, modern carriers capable of storing information up to 10-20 years. In turn, information from quartz disk to rewrite is not necessary. Note that a similar study but using other materials that are held in other countries. For example, in England and Japan. For the moment, however existing developments can not ensure the safety of data in case of an emergency or offer a low capacity. The American company Millenniata, for example, recently released discs 25 GB with a stated shelf life of up to 1000 years. However, these drives do not have the ability to survive the fire,” says the project Manager of FPI Peter Henkin.