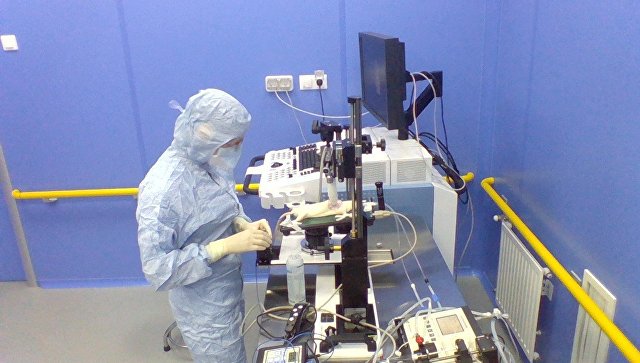 Russian scientists have created nanoparticles that can accumulate in damaged areas of heart tissue that allows them to be used to assess the severity of infarction and in the future to deliver medication directly to the heart.

“Further research in the area of biodistribution, toxicity and efficacy of cardioprotection with the use of this type of nanoparticles, to say that we have chosen nanoparticles can be used in practice”, — says Dmitry Sonin from the First state medical University named after Pavlov in St. Petersburg, whose word brings the press service of the Russian science Foundation.

Coronary heart disease, myocardial infarction and other heart problems and blood vessels are the main cause of death in old age in most developed countries. In recent years biologists, chemists and even physicists working on the creation of systems for early diagnosis of a heart attack, which would allow to predict the development of heart problems and prevent their development at the earliest stages, when the threat to life is minimal.

Sonin and his colleagues took a big step towards the realization of this task by constructing a specially crafted nanoparticles of silica, is able to accumulate inside the damaged cardiac tissue affected by a lack of blood supply.

These nanoparticles, as the scientists explain, you can fill as glowing molecules to assess the extent of infarction, and medications to stimulate growth of cardiac tissue and suppress negative consequences from the massive loss of cardiomyocytes. When such a particle enters the damaged area and gets “stuck” in the tissue, it gradually dissolves and releases the drug molecules and the dye, but leaves the healthy areas of the heart.

The work of these nanoparticles, scientists have tested on rats, in which they artificially caused heart attack and tried to suppress the consequences of its development using the dye ICG, and adenosine – a key component of one of the “letters” of DNA, has beneficial effects on damaged heart tissue.

Nanoparticles, according to Sonin and his colleagues coped with the tasks assigned to them – they “highlight” a tumor and took her medication without causing side effects such as sudden loss of pressure or disturbance of rhythms of the heart that typically arise in a simple introduction of adenosine in the blood.

Successful implementation of these experiments, as scientists believe, opens the way for further testing of these nanoparticles in the laboratory and in clinical trials will continue to use these drugs to combat and the diagnosis of infarction in medical practice.