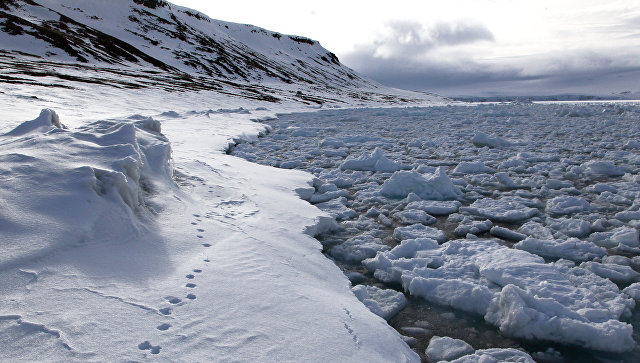 During the expedition on the research vessel Akademik Keldysh, Russian scientists discovered new sources of methane emissions in the Arctic. This was reported on Friday by the press service of the Ministry of Education and Science of the Russian Federation.

Scientists believe that reducing the area of ​​submarine and coastal permafrost that surrounds the Arctic Ocean leads to massive emissions of the main greenhouse gases – methane and carbon dioxide. The increase in emissions of these gases, as suggested by researchers, can have a significant impact on the climate system of the entire planet.

“Russian scientists have discovered a new large area of ​​greenhouse gas emissions in the seas of the Eastern Arctic. <...> They also recorded an increase in emissions in previously discovered areas,” the report said.

According to scientists, a new area of ​​massive methane emissions from bottom sediments has formed in recent years, since several years ago, in previous expeditions, this field was not found. This indicates an abnormally high rate of degradation of underwater permafrost.

Another confirmation of these processes are the results of micropolygon surveys on a vulture field called “Horseshoe”. Sip is a fountain of methane bubbles. The dimensions of the cross section of this field have grown many times over the time since the last survey taken in 2014.

On October 25, the research ship Academician M. Keldysh returned from the expedition to the port of Arkhangelsk. The expedition was organized by the V.Ilichev Pacific Oceanological Institute of the Far East Branch of the Russian Academy of Sciences, the P.Shirshov Institute of Oceanology of the RAS and the Tomsk Polytechnic University. For 35 days, specialists from leading scientific organizations of the country worked on the ship. In the seas of the Eastern Arctic, they performed a set of biogeochemical, geophysical, and geological studies.

The research of the expedition took place on the shelf of the seas of the Eastern Arctic (MVA), the widest and shallow shelf of the World Ocean. There are huge reserves of hydrocarbons – oil, coal, and natural gas, mainly methane.