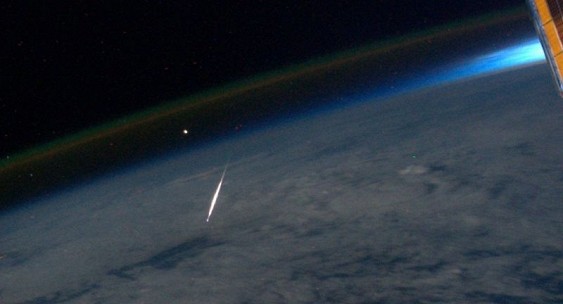 Russian scientists have proposed to create “Bank effects” information system, which will allow to calculate the possible consequences of the meteorite fall to Earth during its approach. On Wednesday said the scientific Director of the Institute of astronomy, Boris Shustov during the scientific conference “Physics of Cosmos”, which was held at the Kourovka astronomical Observatory. K. A. Barkhatovoy in the Sverdlovsk region.

“Scientists of the RAS received a grant from Russian scientific Foundation for the development of software for the creation of “Bank effects” of the collision of dangerous celestial bodies with the Earth. Such a database is important for making quick and effective decisions with the threat of disaster,” – said the Agency interlocutor.

Shustov noted that usually a major natural disaster starts with the harbinger. “For example, infamous tsunami 2011 in Japan struck Fukushima in an hour after the earthquake, so there is only a small time to react. There is no time to perform calculations, you need to have a table in which for a set of parameters describing the earthquake, given pre-calculated consequences for this area and solutions, and we offer the same sample to prepare a table of the effects of the fall of celestial bodies for the most vulnerable regions of Russia”, – he said.

According to the interlocutor of the Agency, the fall of the Chelyabinsk meteorite in 2013 showed the need for this project, “as if people have been warned in advance that some unpleasant consequences can be avoided”. “In the future, this program can be adopted through the United Nations. The project is global in nature, it is particularly relevant to the population of the Islands, Africa, Asia. This should be the mission of the developed countries – to cover that “information umbrella” of the country these territories”, – said Pasha.

The Chelyabinsk meteorite entered the Earth’s atmosphere on 15 February 2013 at about 07:10 Moscow time, it caused a strong explosion in the atmosphere at an altitude of 23 km and the fall of numerous fragments on a large area of the Chelyabinsk region. The explosion was observed by hundreds of thousands of people in the Urals and in Northern Kazakhstan. The largest fragments of the celestial body fell near lake Chebarkul, 78 km West of Chelyabinsk. From the blast in Chelyabinsk and its environs were broken.