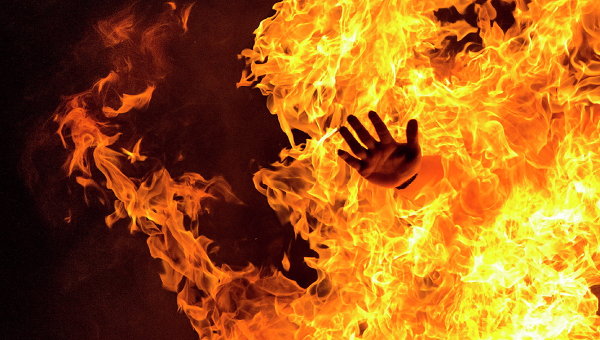 Biologists from Russia have figured out how our body reacts to heat and heat is studied with the help of computers the structure and mechanisms of the inclusion of TRPV1 protein in the nerve cells, the main thermometer of the body.

This study began in a time when our colleagues were asked to study the properties of TRPV1 to create new analgesics and anti-inflammatory. We quickly found the necessary information, and found that the calculations we can see something more. It’s so subtle a process that we were amazed at the new opportunities, ” explains Anton Chugunov (Institute of biochemistry RAS in Moscow.

As Irons says, his research team was the first to see in a computer simulation how the protein responds to temperature changes and how these changes affect the features of his work, which has enabled biologists to touch the mystery of how our body feels warm.

The protein TRPV1 is a family of so-called TRP-receptors and is one of the main thermometers of the body. He has a number of other, non-obvious functions – for example, five years ago, Elena Gracheva at the University of California found that the protein bats-vampires are used as a thermal imager to search for arteries of the victim.

The structure of this protein, according to Chugunova, well known to scientists, but biologists know almost nothing about how it works and changes under the influence of temperature. For this reason, disclosure of other roles of TRPV1 and of how to manipulate this protein in order to, for example, to suppress the pain for burns and inflammations, yet difficult.

Russian scientists made a big step to solving this problem, unexpectedly revealing how the structure of TRPV1 change with the increase or decrease of temperatures.

To see his work, we have conducted calculations, which lasted a whole year. We knew that the receptor is activated at temperatures above 43 degrees Celsius, and everyone can feel it, his hand in hot water. Therefore, we have considered molecular dynamics for each state at the four temperatures: two were above and two below 43 degrees Celsius. The results were surprising, ” continues biophysicist.

According to Chugunova, it was found that lowering the temperature did not lead to the instantaneous disabling of the protein channel it was left open for a microsecond of eternity in cellular standards. These data, as hope scientists from the Institute of Bioorganic chemistry, will help to create more effective analgesics devoid of the side effects of currently available drugs.