Sahara can turn green in this century 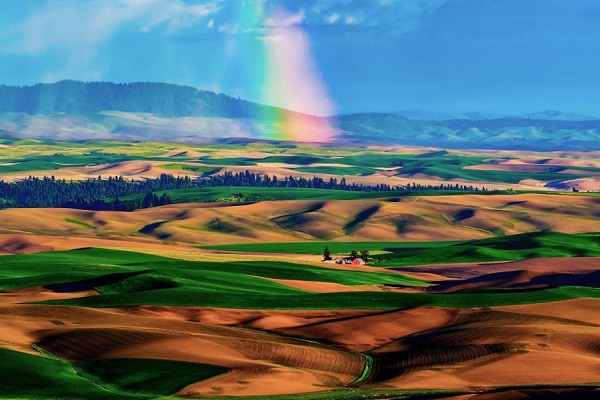 The Sahara desert was not always covered with sands. In a relatively recent past – 10 thousand years, and even earlier – about 30-50 thousand years ago, it was a giant green plain. Green Sahara, according to anthropologists today, has helped our ancestors to leave Africa and spread throughout the Earth.

Over the past few million years, the Sahara has several times turned green and turned again into a desert, changing its appearance along with fluctuations in the Earth’s climate and various geological processes.

Today, the climate is changing as fast as in the times when the Sahara turned into savannah or into the desert, which led scientists to check what the desert and its southern outskirts, the so-called Sahel, will look like in the next hundred years. For this purpose, scientists created 30 different climate models that took into account the change in the circulation of currents in the ocean and winds in the atmosphere over Africa, with a further increase in average annual temperatures.

About a third of the models showed that the Sahara will receive 40-300% more precipitation by 2100 g, and the increase will occur almost instantaneously, literally in 5 years or less, after the transition of the climate system through a certain temperature threshold. As a result, the territory of Chad, Niger, Mauritania, Mali and many other desert countries of Africa will be covered with savannas or jungles and will receive as much rainfall as the countries of tropical Africa.

The cause of the changes will be global warming, which will affect the nature of the monsoon movement off the coast of Africa and move them towards the Sahel in particular, and the entire Sahara as a whole. In addition, the temperature increase will provoke a more rapid evaporation of the Atlantic waters, which will strengthen the monsoon and force them to carry more moisture towards the continent. This, in turn, will increase the difference in temperatures between land and ocean and will make the winds move even faster and carry more water to the land.

Similar scenarios of the development of events in several models, as scientists say, indicate that the Sahara really can turn green in the current century, if the temperature increase of air and water of the World Ocean does not stop. These changes, although beneficial, will affect the lives of more than 100 million people living in the Sahel and the Sahara, therefore, as climatologists emphasize, the authorities of the countries in these regions should be prepared for such drastic changes.

Although still it is only a theory, and whether there will be a practical application of calculations – time will tell.